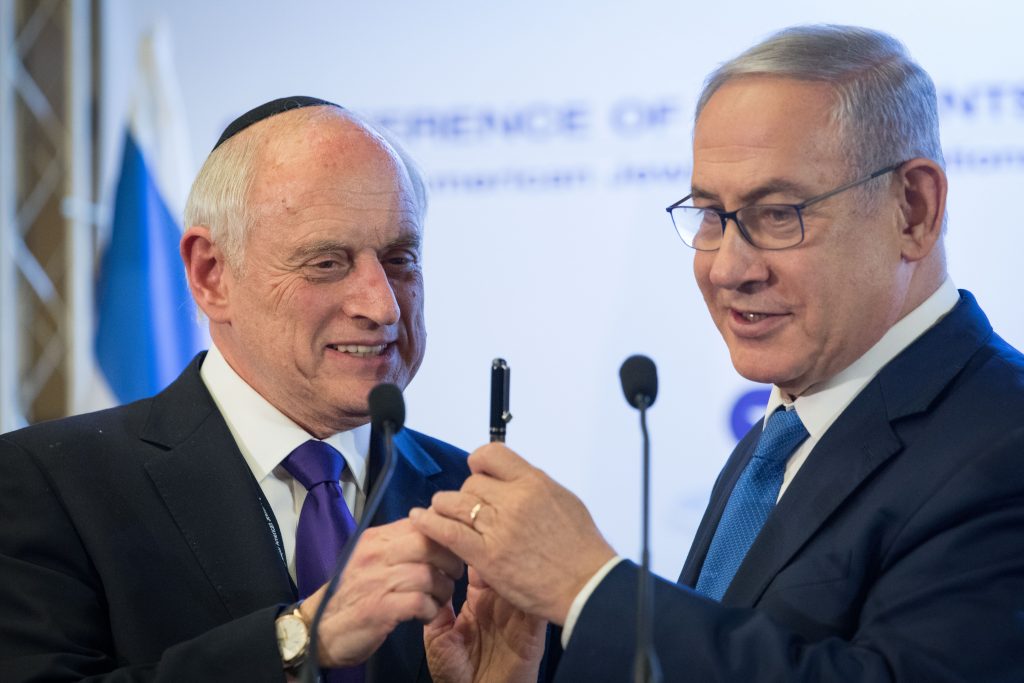 Prime Minister Binyamin Netanyahu stated that the Arab world is undergoing a significant change in the way it views the Middle East and that its leaders have finally conceded that fighting Iran’s aggression in the region is the key to bringing peace to the area.

Addressing the Conference of Presidents of Major American Jewish Organizations Leadership Mission to Israel on Monday evening in Yerushalayim, Netanyahu shared his experiences at the Warsaw Conference last week, during which some 60 heads of state, including several from Middle Eastern countries, convened to discuss combating Iran.

“They spoke about seeking solutions to problems in the Middle East. They said, yes, we want to solve the Israeli-Palestinian problem, but it cannot be solved unless we roll back Iran’s aggression. That’s a change,” Netanyahu stated.

“With the Arab countries, as with many Muslim countries, the question is how to fight militant Islam. And recently in Warsaw, you saw something spectacular. I did. There were 60 foreign ministers, representatives of 60 countries in a hall about the size of this hall, with the representatives from half a dozen Arab countries who got on the stage and spoke about Iran,” the Israeli premier shared. “They said Iran is the greatest danger we face.”

One head of state was asked about Israel’s military action against Iran’s efforts to entrench itself in Syria and the answer was, “Every country has a right to defend itself,” Netanyahu added.

Iran’s military build-up in Syria remains a red line for Israel. Israel’s Air Force has carried out thousands of attacks to thwart the Iranian entrenchment in the war-torn country.