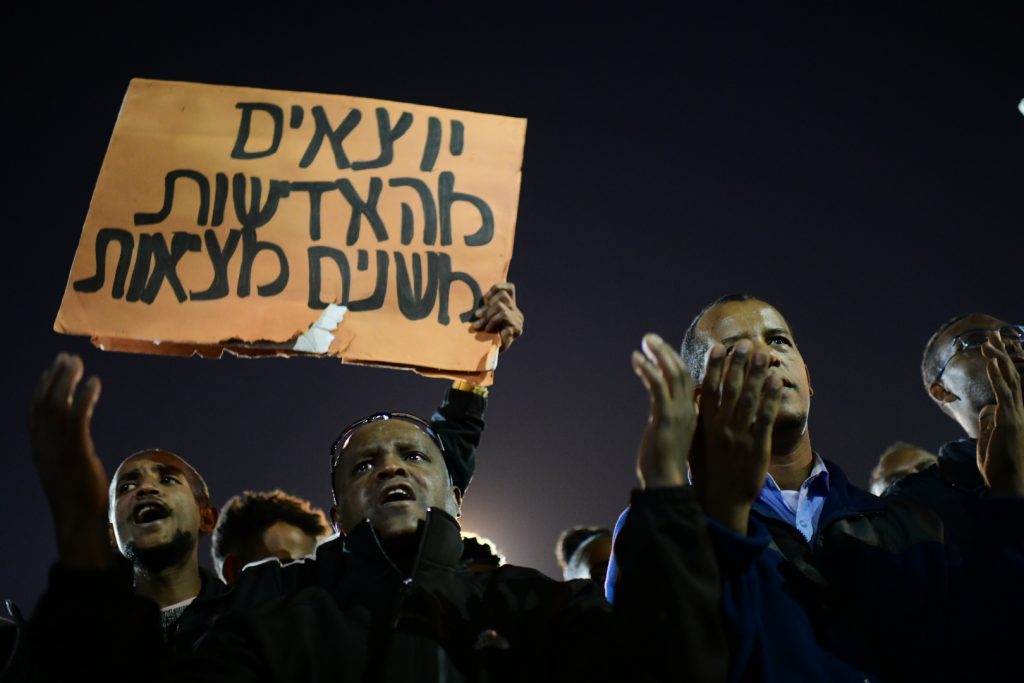 Hundreds of Ethiopian Israelis and their supporters demonstrated on Wednesday to protest police brutality against their community, blocking major thoroughfares in Tel Aviv and causing multiple bottlenecks.

The protest came chiefly in response to the death of Yehuda Biadga, 24, in Bat Yam earlier this month, during a clash with police. Biadga was shot as he charged at an officer with a knife, according to police. While police said the officer acted in self-defense, there have been allegations that he overreacted and that race was a factor. The officer has since been placed on leave while authorities investigate.

Demonstrators in Tel Aviv on Wednesday chanted, “Violent cops belong in prison” and carried signs with messages such as “Racism? Not in my country” and “Enough violence.”

Azrieli Interchange was closed by the protesters.

Rally organizers are demanding a special inquest into the shooting to be led by a judge independent of the police, who are conducting an internal probe.

Police were instructed to act with restraint at Wednesday’s demonstration, and Public Security Minister Gilad Erdan said he had ordered that all officers assigned to the event be equipped with body cameras.

Tebeka, a nonprofit organization providing legal support for the Ethiopian–Israeli community, urged he take the measure “in order to prevent the next unnecessary violent incident,” Hadashot reported.

Three policemen were injured when some of the protesters threw rocks and a melee ensued. Several people were arrested, according to Arutz Sheva.