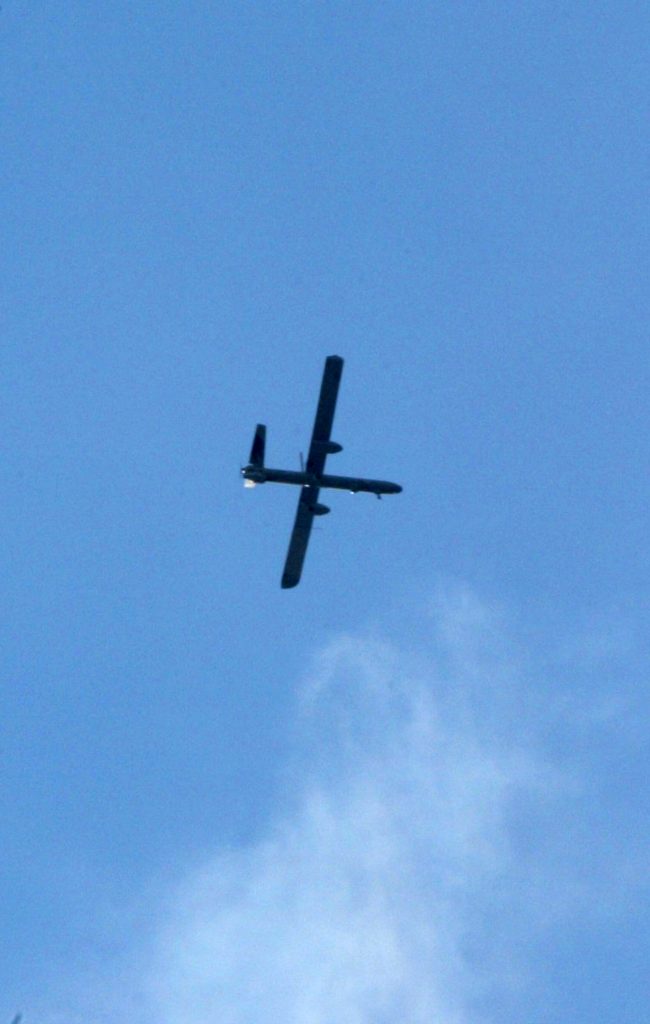 Security officials in Ben Gurion Airport on Sunday arrested a foreign citizen who was caught with a drone. The individual is in Israel on a tourist visa. The individual was handed over to police, who are questioning him about his activities with the drone. Officials said that they arrested the individual before he could operate the drone, and activities at the airport were not disrupted. The 46-year-old tourist from Russia will be brought to court Sunday, and police intend to ask for an extension of his remand.

Police are likely to investigate, among other things, what connection, if any, the individual had to a recent spate of drone sightings over IDF bases. Last week, Yisrael Hayom reported that a secret Israel Air Force base has been filmed in recent months. The filming incidents have occurred numerous times, and the IDF has been unable to track down the parties that dispatched the drones. It is also not clear what the images taken by the drones are being used for. While incidents such as these in the past have been carried out by young hobbyists, the detainee’s age and nationality indicate the need for further investigation, police sources were reported as saying Sunday.

The presence of the drones was noticed by soldiers on the base several times, and each time they reported it to superiors, who attempted to identify the drones and track them – unsuccessfully, the report said, adding that the IDF has put a great deal of resources into tracking down the source of the drones.

Defense officials have been investigating whether the filming was a chance incident, in which a citizen accidentally stumbled upon the base without realizing its significance, or whether it was targeted by hostile forces, based on intelligence regarding the base’s location and purpose. A senior security source said that even the former case was of great concern, because the images could be leaked and compromise the security of the site.

Drones have become a major nuisance – if not a security and safety risk – with drones the cause of numerous shutdowns at civilian airports in recent months, as well as being used by terrorists to drop bombs on civilians. Hamas has been using drones to gather data on Israeli targets, security officials quoted in the article said, and it is believed that  Hezbollah has also used drones for that purpose. The Defense Ministry has made neutralizing the drone threat a priority, and to that end, the IDF has purchased several drone detection systems made by Israeli arms firm Rafael. The Drone Dome has already been used successfully, most notably in a December incident at Gatwick Airport in London, when defense officials used the Drone Dome system to neutralize a drone that was otherwise undetectable.