Israel Netanyahu: Nasrallah ‘in a Bind’ After Tunnel Discoveries
Israel 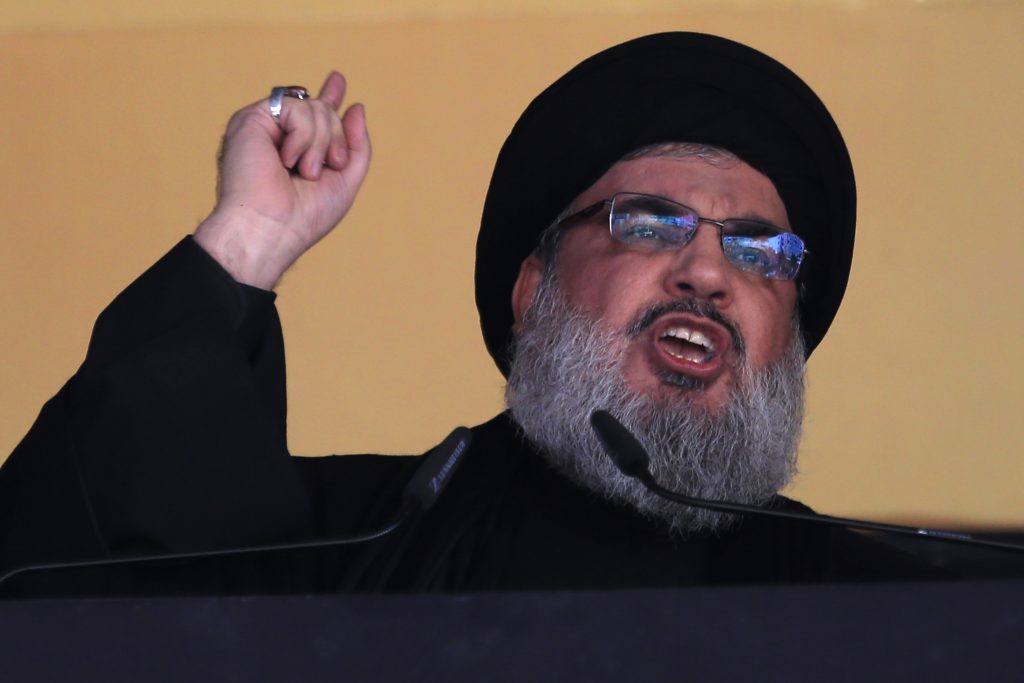 Hezbollah chief Sayyed Hassan Nasrallah is “in a bind,” Prime Minister Binyamin Netanyahu said at Sunday’s cabinet meeting. Israel’s discovery of his terror tunnels have caused him a large amount of embarrassment, the IDF has successfully engaged with Hezbollah, sufficient to convince him not to engage in actions against Israel – and his patron, Iran, is suffering financially, which means that Nasrallah, Iran’s client, is squeezed for cash.

Netanyahu was responding to comments by Nasrallah in an interview Saturday night, his first in many months. In the interview with the al-Mayadeen channel, Nasrallah said that the tunnels had actually been there “for years,” with work begun on them immediately after the 2006 Second Lebanon War. If anything, Nasrallah said he was “surprised that it took them this long to find them.” At least one of the tunnels, he said, was 13 yers old.

In the interview, Nasrallah was asked why Hezbollah was quiet during the recent IDF campaign to destroy the tunnels, and in response said that “we decided not to help [Prime Minister Binyamin] Netanyahu and [former IDF Chief of Staff Gadi] Eisenkott, who made a big deal in the media about this. I could have spoken out about it after a couple of days, but that would have just helped them with their propaganda campaign.”

Not so, said Netanyahu; it was because Nasrallah was embarrassed at having such a major investment in money and labor go down the tubes in a matter of days. Nasrallah, he added, would be best off returning to his recent silence, and remain in the hiding place he has been in for years to avoid an IDF attack.