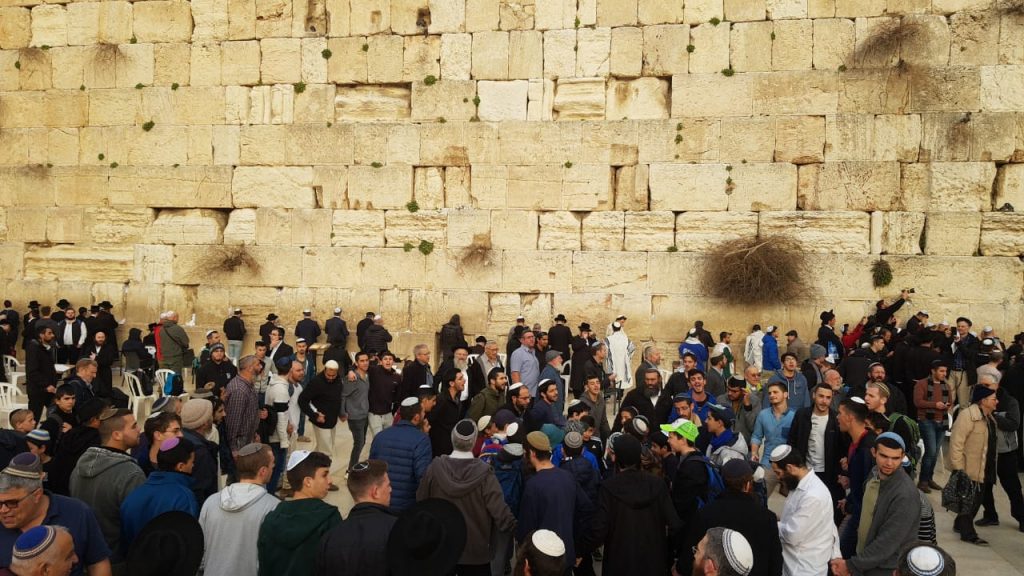 Hundreds of Israelis on Monday evening convened at the Kosel and participated in a special tefillah gathering to give thanks to Hashem to the bountiful rain season Israel has been experiencing this winter.

The tefillah gathering was initiated by Agriculture Minister Uri Ariel and was attended by Harav Shmuel Rabinowitz, the Rav of the Kosel, and Chief Rabbi of Tzfas Harav Shmuel Eliyahu.

The tefillos included the recitation of special brachos and hoda’os to Hashem and pirkei Tehillim and was followed by joyful dancing.

“We have merited today to give thanks to Hashem for the plentiful rains that have fallen and for those that will come,” Ariel said.

Following a five-year-long drought, the water shortage in Israel had worsened. The Hydrological Service at the Water Authority reported that precipitation in 2018 was significantly lower than the multiyear average, and was therefore declared the fifth consecutive year of drought.

However, since the beginning of the rainy season this year, Lake Kinneret, Israel’s largest body of water, saw a 0.88 meters elevation in its level, according to the Water Authority.

The Kinneret lacks another 4.98 meters to its full capacity.