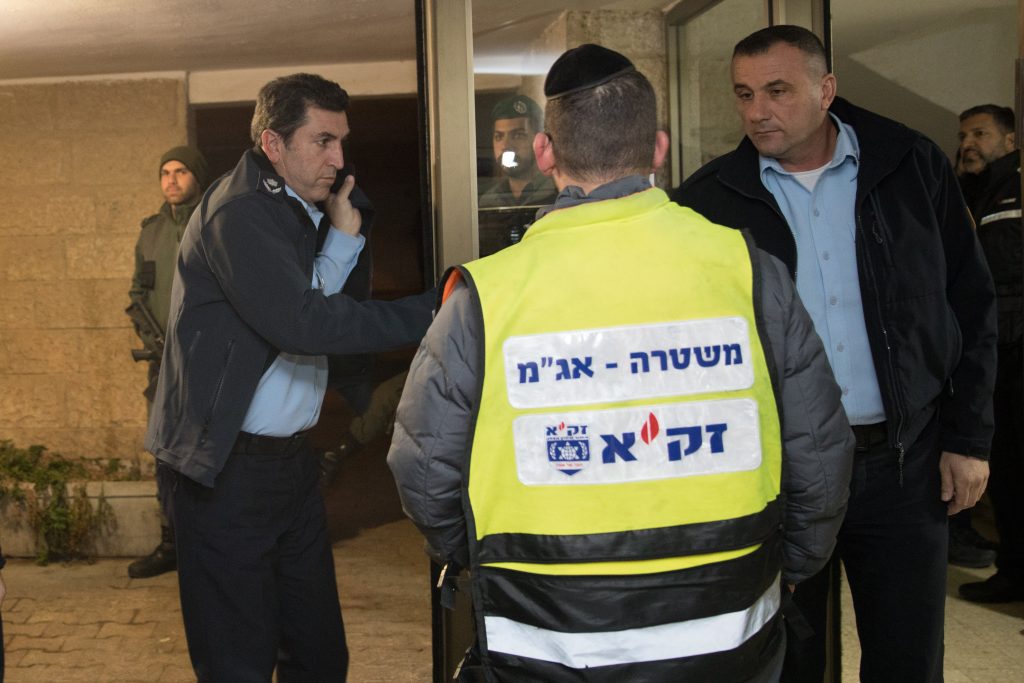 The two elderly people found stabbed to death in their apartment in the Armon Hanatziv neighborhood of Yerushalayim were identified as Yehuda and Tamar Kaduri, both in their 70s, police announced Monday morning. A gag order has been placed on the details of the case, but media reports said that the two had clearly been badly treated before they were murdered, as their bodies had sustained “heavy physical damage.”

Police said that they are examining all possibilities for motive, and have not ruled out either robbery or terror as the reason for the murder. Police believe that they were murdered, and that the murders occurred over the weekend. Police were alerted to the deaths of the Kaduris after their daughter filed a missing persons report, telling police she had been unable to make contact with them. Firefighters were dispatched Sunday to break into the apartment, where the lifeless couple was found.

Speaking to Yediot Acharonot, one neighbor said that she believed there was a connection between the murders and an incident that occurred last week, in which her 15-year-old daughter was stabbed. The incident occurred on the same street where the Kaduris were murdered.