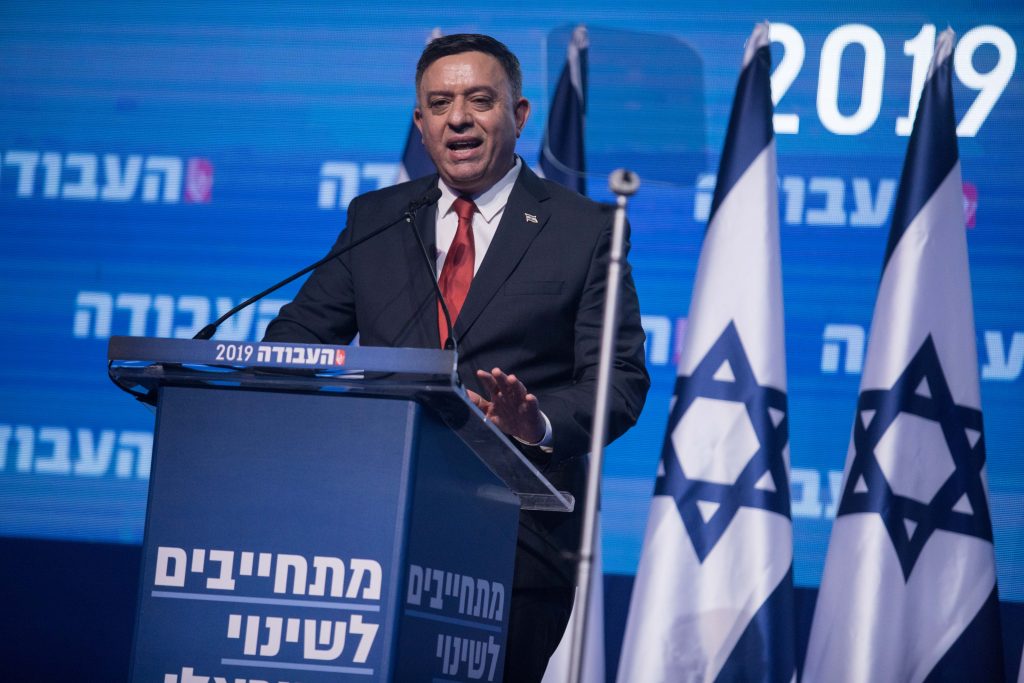 Dissension in the Labor party came out into the open in an unruly convention on Thursday in which chairman Avi Gabbay prevailed despite booing and heckling, The Jerusalem Post reported.

Gabbay had the majority of party members on his side, but MK Eitan Cabel, who has been urging Gabbay’s ouster, made an angry speech against him.

“It is OK that there are those whistling and heckling,” Gabbay told the crowd. “They won’t stop us. They will only give some headlines to the newspapers.”

Referring to the party’s decline in the polls from 24 seats to single digits, Cabel said “we can’t sacrifice the party for one man” and “we can’t be silent when you are killing the only chance of the wonderful people sitting here who got 24 seats last time to continue their work.”

“The failure here is completely Gabbay’s,” Cabel asserted, and vowed “to work hard until this awful period passes.”

Responding to Gabbay’s denial that Gabbay told him privately he will “collapse the house on all their heads,” Cabel said: “One of us is lying, and it’s not me. I went to a polygraph test to show you who is telling the truth, and who is lying, and not for the first time!”

Cabel waved over his head a document which he said contained the results of a polygraph test which proved Gabbay “a liar.”

During the meeting, Gabbay called on Yesh Atid leader Yair Lapid and Israel Resilience chief Benny Gantz not to agree to sit in a government headed by Prime Minister Netanyahu.

“You can’t be shocked by Netanyahu’s attacks on legal authorities and then run to join his coalition,” Gabbay said.

Despite the loud dissenters, Gabbay succeeded in consolidating power. His proposal for a new party constitution granting the chairman expanded powers, was approved, as was a separate motion allowing him to reserve three spots — 2, 10 and 16 — on the electoral slate for candidates of his choosing who will be exempt from running in the primaries.