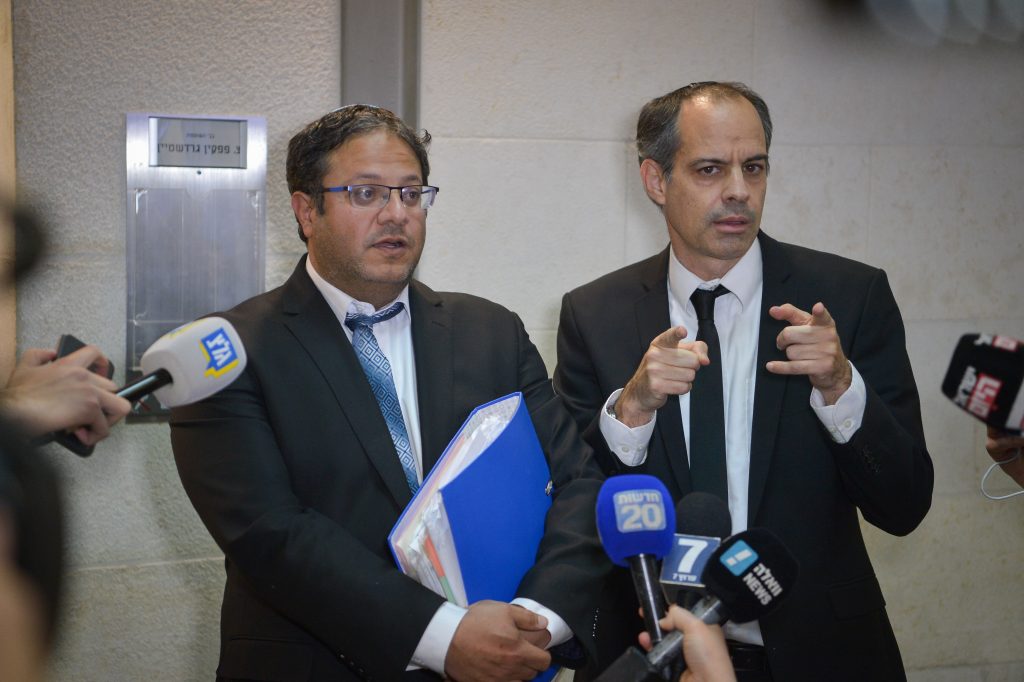 Kan News revealed new allegations in the case of the Jewish youths who were arrested for attacking an Arab vehicle and causing the death of a 48-year-old mother of eight. According to the report, Shin Bet agents agreed to wait until Motzoei Shabbos to question suspects in the case – only to find that they had “lawyered up,” and had received direction about how to handle the questioning during the day on Shabbos.

Currently, five Jewish minors from towns in Shomron are in custody. According to the Shin Bet, the five were involved in a rock-throwing incident that occurred on a Friday night, Oct. 10, 2018. The youths, who are students at Yeshivat Pri Ha’aretz in the Shomron town of Rechelim, are accused of leaving the yeshivah late Friday night and threw stones at Arab vehicles. They struck a vehicle in which the woman was riding along with her husband. As a result of the attack, the vehicle skidded and overturned, injuring both seriously. The woman died of her wounds in the hospital.

The Shin Bet added that youths were also involved in a cover-up. The next day, on Shabbos morning, the agency claims, a group from the nearby town of Yitzhar – also a religious town – traveled to Rechelim to instruct the youths on what to say when they were arrested, advising them to lie in order not to implicate themselves. The agency did not say if any of these individuals had been arrested, and a gag order is in effect on the identities of all those involved in the incident.

Kan News said that Shin Bet agents had arrived at the yeshivah on Shabbos morning at 6:00 a.m., hours after the incident, and asked the Rosh Yeshivah if they could question students. However, the agents said that they were willing to wait until Motzoei Shabbos, so as not to harm the Shabbos atmosphere in the yeshivah.

It was at that point, the agency said, that figures in the yeshivah apparently alerted others as to the situation, because on Motzoei Shabbos, the Shin Bet agents were met by an attorney, who demanded to see a court order before allowing the youths to be questioned. When that was arranged, the agents began questioning the youths – and it became clear that the youths had been guided in how to respond to the interrogators. The report quoted a Shin Bet official of accusing the yeshivah of tampering with the investigation.

The Shin Bet also released a video purportedly taken at the yeshivah of students burning an Israeli flag, with youths in the background heard jeering the state and especially the Shin Bet. In addition, the agency said that in a search of the rooms of one of the suspects, they found in a drawer an image of the Israeli flag “decorated” with a swastika.

The youths were allowed to meet with attorneys for the first time this past Motzoei Shabbos. At a press conference Sunday, the attorneys slammed the agency for “burying” the youths “in a dank, smoke-filled room for a week, in order to break them,” the attorneys said. Right-wing activist and attorney Itamar Ben Gvir, who is representing one of the youths, said that the timing of the Shin Bet’s revelation “indicates that the case is falling apart. There is no evidence against these kids, so an hour before I and other attorneys were scheduled to go public with the case, they issued their statement to make us look bad.”

Attorney Adi Keidar of the Honenu organization, representing several of the other youths, said that “we met with our clients for the first time and we heard about how they were questioned – with methods that no Israeli citizen would agree to for their children. If the Shin Bet wants to present its evidence, we are in favor – we will present our side and let the public judge. If this is not what is called ‘torture,’ I don’t what is.”

In its statement, the Shin Bet slammed critics of its methods. “Since the beginning of this matter the Shin Bet has identified an organized and ongoing effort from special interests to ruin the good name of the agency and its workers, and to delegitimize its activities. This effort should be condemned, and it will not prevent the Shin Bet from acting to prevent terror, Palestinian or Jewish. The detainees are getting all the rights they are entitled to.”