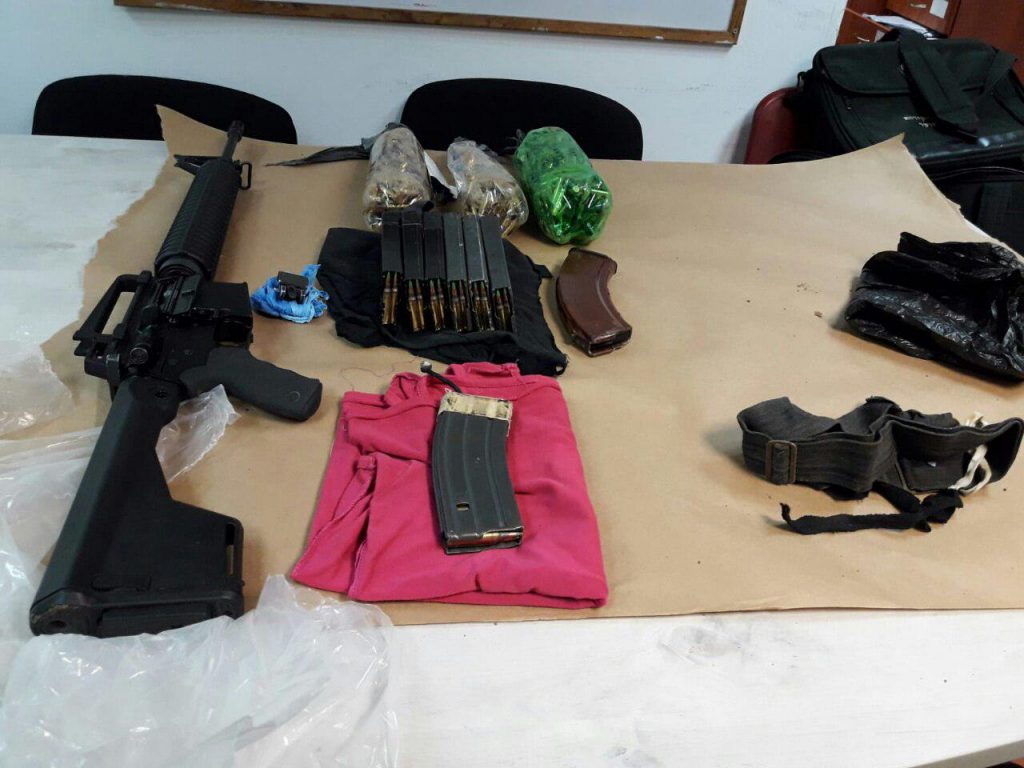 IDF soldiers overnight Monday seized weapons that were to be used in terror attacks. Soldiers, working with police, discovered weapons in the Arab town of Yatta, near Chevron. In addition, security officials arrested an individual in Yatta who was found to be in possession of an M16 rifle. She was questioned and released. Further arrests are expected in the case, officials said.