Israel Gabay to Livni: You’re On Your Own Now, Zionist Camp ‘Divorces’
Israel 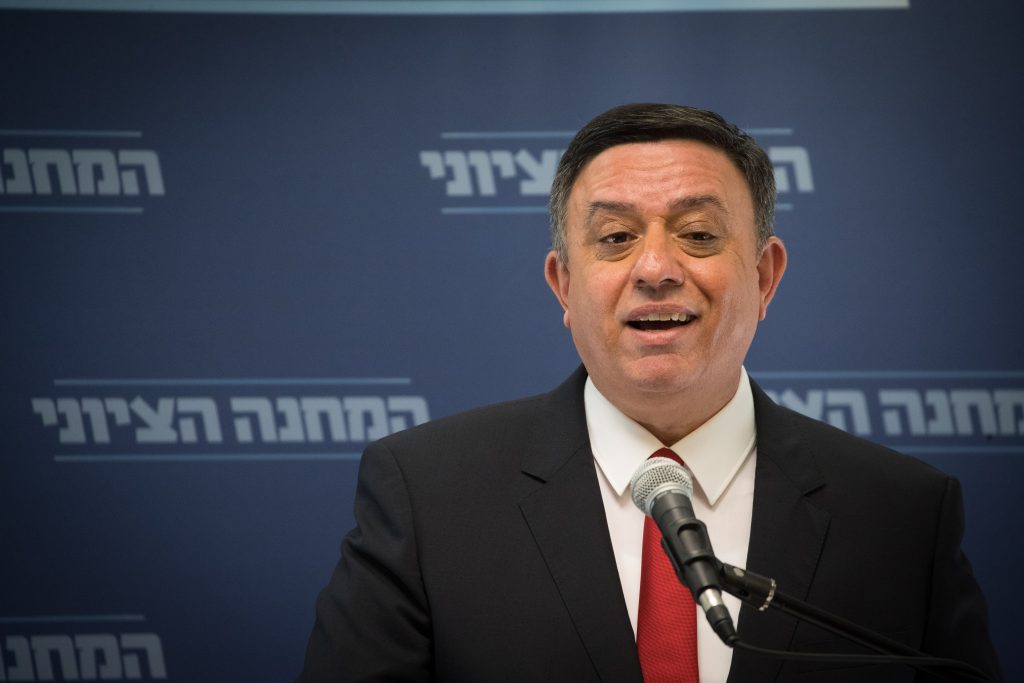 Zionist Camp is no more, party chairman Avi Gabay on Tuesday informed MK Tzippy Livni, who is also chairperson of the opposition. Gabay, who is not a Knesset member, will continue to lead the Labor Party until primaries take place – but they will take place without Livni’s Hatnua party, which will now have to run on its own if it seeks a place in the Knesset.

Gabay made the announcement at the outset of a Zionist Camp faction meeting in the Knesset Tuesday – with Livni sitting right next to him, and shocking her and everyone else in the room, party sources told Hadashot News, as neither Livni nor most of the other MKs on hand had been informed in advance of Gabay’s move.

“I hoped and believed that the partnership between us would lead to a true unification, and that our renewed efforts would lead to growth and mutual respect and praise,” Gabay said. “But the public sees that this is not the case, and is responding by distancing itself from us. I still believe in partnership and in uniting our large camp, but successful partnerships require friendship, living up to agreements, and loyalty to a path. That has not been the case in our partnership, and I thus will choose to go with our public. Tzippy, I wish you luck on your future path.”

In his remarks, Gabay attributed the move to “tension” between Livni and the rest of the party. “When former Labor chairperson Yitzchak Herzog resigned, Tzippy made it a condition of her continuing the partnership that she be named head of the opposition. This generated much tension in the party, and even more,” as Labor MKs felt slighted that they were passed over for the top spot in the party in deference to Livni.

However, if that was Gabay’s main motivation, he could have broken up the party over a year ago, when Livni made her demand, analysts said. More likely the reason was the situation of Zionist Camp. The party has been polling poorly in recent months, and the entry into the elections race of parties headed by Benny Gantz, as well as the newly formed New Right party, have damaged the party’s possibilities even more.

Polls taken since the announcement on Saturday night by Naftali Bennett and Ayelet Shaked that they were breaking with Jewish Home – along with the official entry of Gantz’s Resilience Party into the fray last week – show Zionist Camp polling as low as seven seats if elections were held now.

MKs present at the meeting said that Livni did not respond at the meeting. But numerous Labor MKs congratulated Gabay for the move. MK Itzik Shmuley said that it appeared that Gabay wanted to join forces with Gantz – a move Livni was opposed to. Livni, he said, had been acting against Gabay “at every turn.”

MK Leah Fadida said that “Labor can now return to its true roots and ideology.” MK Michal Biran said that while the partnership had its advantages, “Labor was always the senior partner here, and the time has come to return it to that state.”

Several MKs, including Salach Sa’ad said that while there was logic to the move, such decisions could not be made without consulting with party members.