Israel Poll: Gantz Would Do Well, If He Runs
Israel 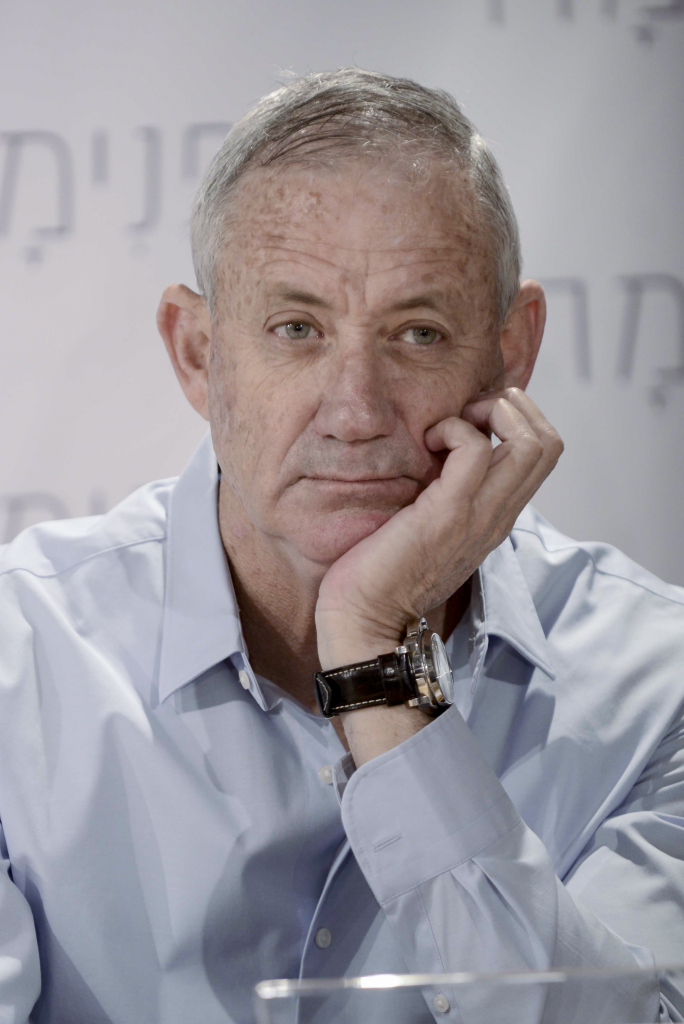 While he is still not a declared candidate, former IDF Chief of Staff Benny Gantz is popular with voters, a Hadashot News poll shows. If elections were held now, and if Gantz were heading his own party, he would get sixteen Knesset seats, making his party the second largest in the Knesset.

The poll shows the Likud retaining its electoral strength even in that scenario; Prime Minister Binyamin Netanyahu’s party would still get 28 seats, the poll shows.

Gantz would get his support from potential Yesh Atid and Zionist Camp voters. The former would get 13 seats in the event of a Gantz candidacy, while the latter would get 10. Larger than Zionist Camp would be the United Arab List, with 12. Jewish Home would get nine seats, United Torah Judaism seven and Yisrael Beytenu six. Shas, a party led by Orly Levy-Abukasis and Kulanu would get five apiece, while Meretz would get four. The results would almost guarantee another round as prime minister for Netanyahu, with Gantz taking on the post of defense minister.

With that, last week rumors began to circulate that Gantz was considering joining Yesh Atid. If that were to happen, the Hadashot News poll shows, a joint Benny Gantz-Yair Lapid list would get 26 seats, with the Likud getting 29. In that situation, right-wing parties currently in the coalition – including Kulanu and Yisrael Beytenu – would have only 60 seats. However, it would be almost impossible for Lapid to form a government, as he would have to include Zionist Camp and Meretz, both of which he vehemently disagrees with, as well as the UAL, which he would be unlikely to do.

A report last week said that Gantz had gathered the 130 signatures needed to officially establish the party, although he has not filed the paperwork yet. According to the report, the reason that the paperwork has not been filed is that Gantz has still not made a final decision to enter politics. If and when early elections are announced, he will submit the paperwork and declare his candidacy for the Knesset – if he decides finally to enter the political arena.

It’s not clear if it would affect the popularity of Gantz if he did decide to run, but Globes reported last week that the high-tech company Gantz began two years ago was set to shut down – sending dozens of employees to the unemployment lines. “The Fifth Dimension” was involved in various artificial information projects. The company, which raised $40 million from investors, will continue operating until it can find a customer for its intellectual property. Gantz will remain on until that time, the report said. If he intends to run for office, he will have to resign from his post, according to Israeli law. According to the report, Gantz’s former partner in the business, former deputy Mossad head, Ram Ben-Barak, has already resigned and has joined Yesh Atid.