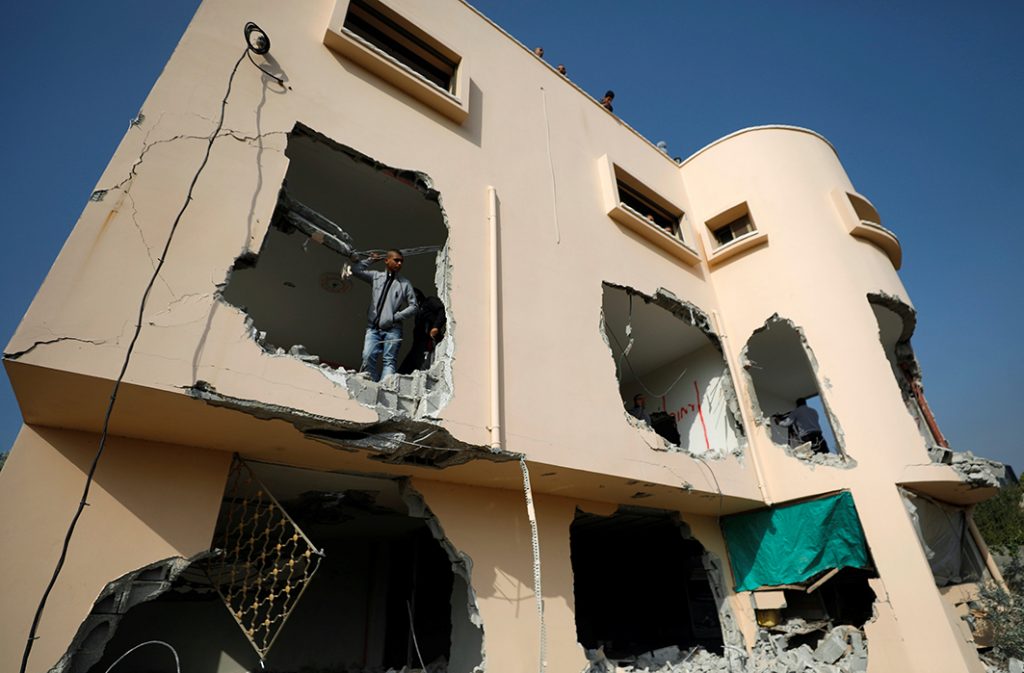 Four days after he was eliminated, the IDF early Monday began an operation to partially demolish the home of the family of Ashraf Nalaweh, the terrorist who perpetrated the Barkan terror attack and had successfully eluded Israeli forces for nine weeks – but speaking to Army Radio Monday, Rafi Levengard, the father of Kim Levengard-Yechezkel, Hy”d, said that the partial demolition was “a joke. They are using a hammer to take down a wall. This is not a demolition, but home repairs. It’s illogical, and sadly funny.”

Nalaweh was eliminated last Wednesday night after several intelligence breakthroughs that had been gathered by security officials. Killed in the October attack in the offices of Alon Metal Works in the Barkan Industrial Zone were and Levengard-Yechezkel, Hy”d and Ziv Hajabi, Hy”d. The IDF on Monday began the demolition of the first floor and basement of the Nalaweh home in the village of Shuweika, near Tul Karem – leaving the top two floors intact. Soldiers were using special equipment to carry out the “complicated procedure,” the army said, as residents rioted, throwing stones and firebombs at Israeli forces.

The demolition order was issued in November, but was immediately frozen by the High Coiurt, pending appeal by the family, which they lost. Even at the time, there had been much criticism of the partial demolition order, with many calling for the entire house to be demolished. In a phone conversation broadcast by Hadashot News, Rafi Levengard is heard criticizing the Defense Ministry and former Minister Avigdor Liberman, saying that a partial demolition was no better than leaving the building intact.

Speaking Monday, Levengard told Army Radio that the reason for the partial demolition was because “that was what the army prosecutors asked for, they did not seek a demolition of the entire house. That was what the military court authorized, because that was what was asked for. The mother, father and brother of the terrorist were all indicted for assisting Nalaweh. They are accessories to murder and have a direct role in the murders. I do not understand why the entire house is not being demolished.

“Terrorists’ houses must be demolished within 48 hours of an attack, maximum, and High Court appeals can wait till after the demolition,” Levengard said. “You don’t go to court before committing a crime, so in this case let the ‘crime’ – the demolition – take place first. If the court decides the punishment was excessive, they can be compensated. What they are doing now is half a job. They didn’t injure my child, they murdered her, they executed her. They didn’t do half a job, they went the whole way – and I want us to do the same in these demolitions,” he added.