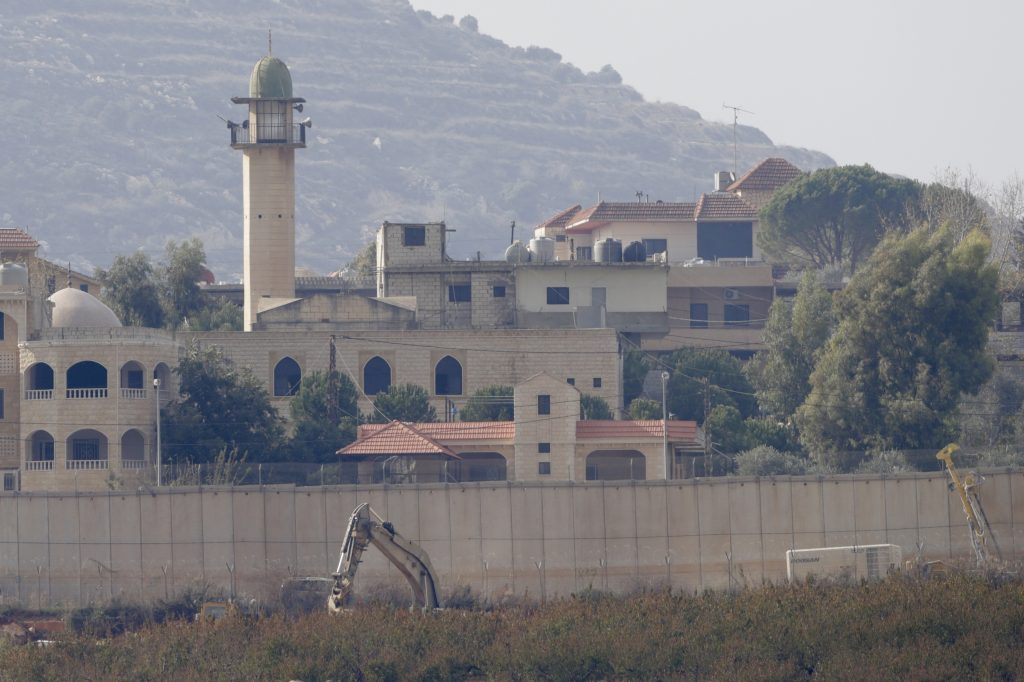 Lebanon’s Parliament speaker said Wednesday that Israel has presented no evidence to prove its claims that a network of attack tunnels has been built by Hezbollah across the countries’ shared borders, as Israel’s prime minister pressed for international condemnation of the terrorist group.

The U.N. peacekeeping mission meanwhile said Wednesday it will send a team to Israel to “ascertain facts,” calling for full access to all locations along the border.

The Israeli military Tuesday launched an open-ended operation to destroy what it said was a network of tunnels built by Hezbollah aimed at infiltrating northern Israel.

Israeli forces did not enter Lebanese territory. They were seen operating in what looked like a construction site, with trucks bringing in equipment and drills and bulldozers digging in the open territory and farmlands inside northern Israel. Hezbollah had no immediate comment on the claims or the Israeli activities across the border.

On Wednesday, Nabih Berri, Lebanon’s parliament speaker and ally of Hezbollah, said Israel offered no “coordinates or information” about the tunnels during the regular weekly meeting held at the UN position in southern Lebanon. His comments were carried by the National News Agency.

In a statement, the Lebanese army called Israeli reports of tunnels across the border “allegations.” It called on Israel to present specific coordinates and information about the location of such tunnels. The army urged Israel not to carry out any work inside Lebanese territory.

The Israeli army released photographs, video footage and an illustrative map Tuesday of what it says is the first of several tunnels snaking into Israeli territory that it soon plans to destroy.

The U.N. mission, known as UNIFIL, said its regular weekly meeting with the Lebanese and Israeli armies discussed Israel’s “activities” searching for suspected tunnels. The Israeli army said it used the meeting to express its objection to “the severe violation of Israeli sovereignty.”

He added that U.N. Secretary-General Antonio Guterres’ “principle is that the building of tunnels from one country to another for military purposes is wholly unacceptable.”

Israeli Prime Minister Binyamin Netanyahu, meanwhile, said he spoke with Guterres by phone Wednesday, telling him that he expects the U.N. to condemn the violation of Israeli sovereignty. Netanyahu also said he hopes the international community imposes increased sanctions on Hezbollah in response to Israel’s exposure of the tunnels.

Ali Bazzi, a lawmaker from Berri’s parliamentary bloc, said Israel had no evidence to its claims, calling them a “distraction” and an attempt by Netanyahu to “evade” possible new indictment at home for corruption charges. This week, Israeli police recommended filing charges against the prime minister. A final decision will be made by the attorney general in the coming months.

Under the U.N. resolution that ended the 2006 war between Israel and Hezbollah, Hezbollah is barred from operating in southern Lebanon. Israel has long accused it of violating the resolution. Lebanon says Israel, too, regularly violated its air, sea and land spaces.

“I emphasize the critical role of our liaison and coordination mechanisms in mitigating tensions through continuous communication, at the heart of which is the Tripartite forum,” said head of UNIFIL mission Maj. Gen. Stefano Del Col.

He appealed to both sides in using the mechanisms to “avoid misunderstandings and ensure that security and stability” along the border is maintained and reinforced.

The Israeli operation is expected to last for weeks, or even months. The Israeli military said it had protectively increased forces along the border and warned Hezbollah to keep its distance from the tunnels.