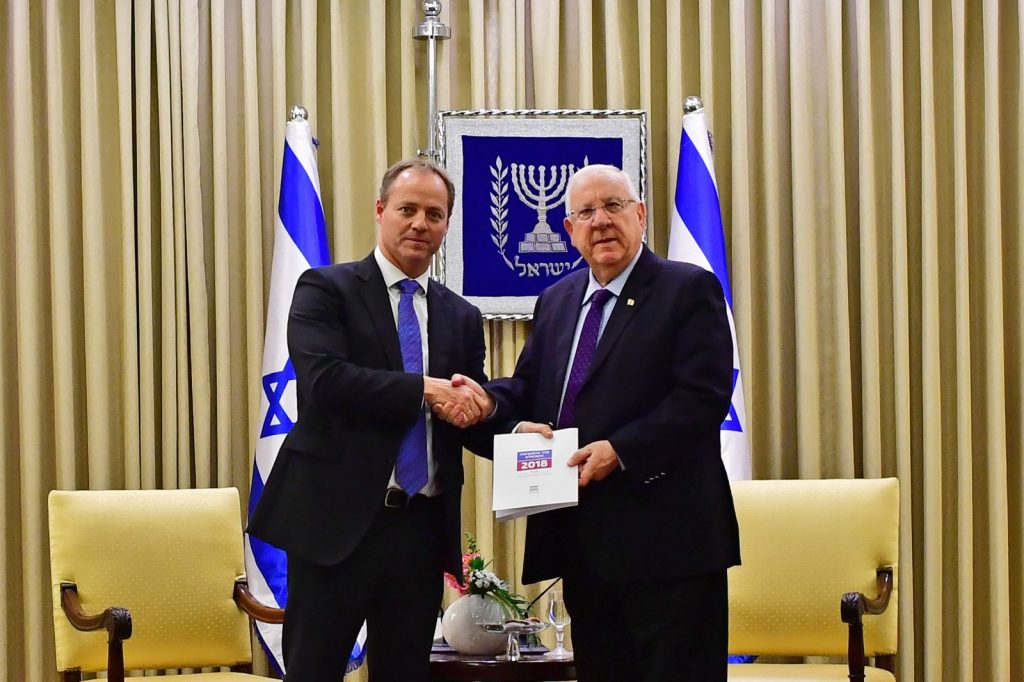 For the first time in its 16 years of conducting surveys, the Israel Democracy Index said on Monday that political conflict among Jewish Israelis now exceeds the split between Jews and Arabs.

“The main point of conflict in Israel society is that between left and right, according to 32 percent of the respondents. The conflict between Jews and Arabs, which has long been the most significant point of conflict, has dropped to second place,” it said.

The findings were presented to President Reuven Rivlin on Monday, who lamented the “deepening polarization between left and right in Israel, the result of several negative campaigns that we have seen here in recent years. Those words, used so cynically to play on our feelings and our identities, have only made the gap greater and accentuated the lack of trust between the citizen and the system. It is a system that offers us ideological package deals and that tells us who and what is broken, instead of how to make things better.”&

Rivlin also noted another split, which is discussed in the report but not described by the authors as a “split.” But, he said, “I believe it is so. That is the split between citizens and elected officials.”

According to the Index, 79 percent of Israelis feel that their influence on government policy is small or non-existent.

“The gap between the public and those it votes for is growing. Politics is a closed circle. Too many of the public feel that they have no influence on government policy. This set of figures is worrying. What is the point of the voting slip that the citizen puts in the ballot box if he does not believe that on the other side are politicians and parties worthy of their trust? There is no democracy without trust. We must, must restore trust, between Jews and Arabs, between left and right, between citizens and elected officials,” Rivlin urged.&

The report pointed out a significant area of concurrence: “A similar majority (67 percent) of Jews and Arabs alike, agree that Arab citizens of Israel want to be part of Israeli society.”

The president commented: “The report tells a surprising story…When I read that finding, I asked myself why is that the level of trust in the Israeli system, and to a great extent in each other, is not reflected in the way the media covers the issue. Why does the fact that half of the Arab citizens of Israel are proud to be Israelis and citizens of the State of Israel not make an impression on the political discourse? It seems that politics, and sometimes the media too, work overtime to hide the everyday, regular story that Arabs and Jews work together, right next to each other, in the biggest Israeli companies, in hospitals, in government ministries.”

The report was presented by the President of the Israel Democracy Institute Yohanan Plesner and its main findings were presented by its editor, Professor Tamar Hermann.&

The Index was produced by the research team of the Guttman Center for Public Opinion and Policy Research at the Israel Democracy Institute. This year’s survey was carried out in May with its 1,041 respondents forming a representative sample of the Israeli population aged 18 and over.&