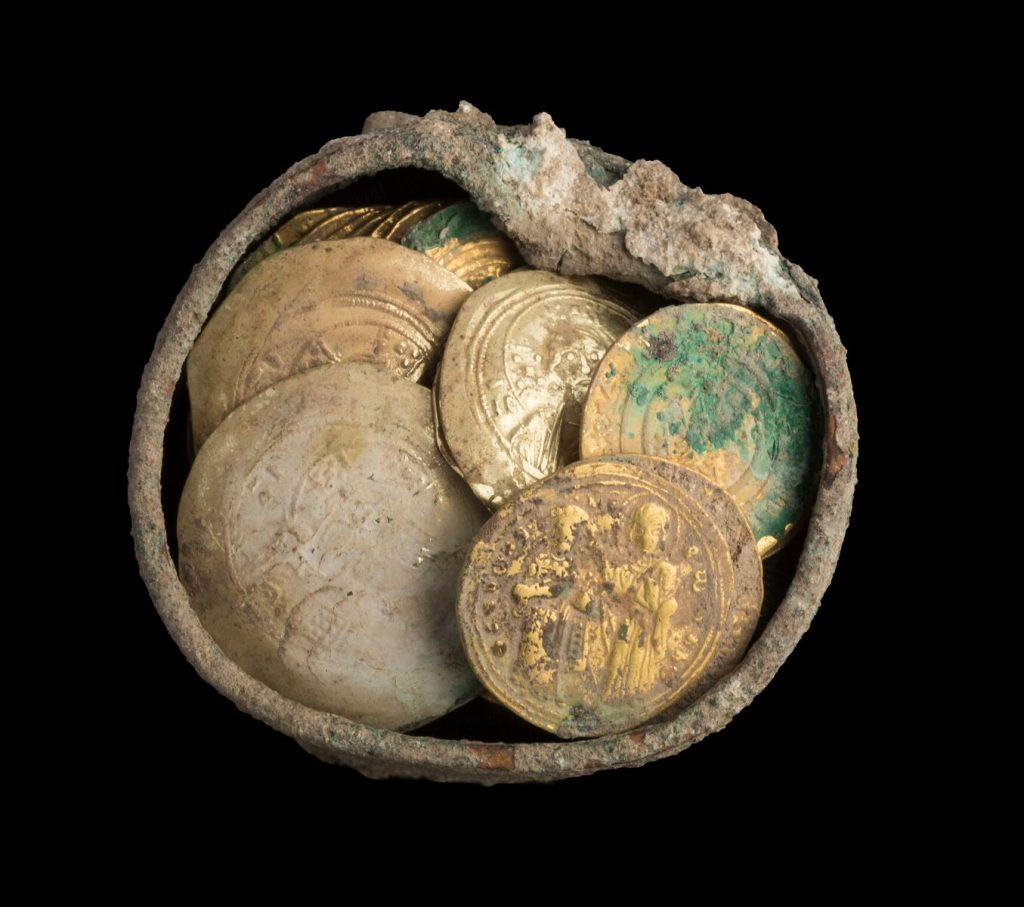 A trove of rare gold coins and a 900-year-old gold earring were discovered a few days ago in a small bronze pot hidden between two stones in the side of a wall in Caesarea National Park.

The wall was part of a house that archeologists believe stood during the Abbasid and Fatimid periods (909-1171 CE), coinciding with the Crusader conquest in 1101.

“The cache is of a unique combination of coins not yet seen in Israel consisting of two types of coins: 18 Fatimid dinars, well known from previous excavations in Caesarea, where it was the standard local currency of the time,” said Dr. Robert Kool, coin expert at the authority, “and a small and extremely rare group of six Byzantine imperial gold coins. Five of the coins are concave and belong to the reign of the Byzantine Emperor Michael VII Doukas (1071-1079 CE).”

Kool said that the coins did not circulate locally and may indicate the existence of trade between Caesarea and Constantinople during that time. Just a few of the coins would be equal to a farmer’s annual salary, so whoever owned the cache was likely wealthy or involved in trade, Kool surmised.

Michael Karsenti, CEO of the Caesarea Development Corporation, said, “With [the hoard’s] discovery, we immediately mobilized our resources … [T]his rare find is now displayed at the Caesarea Port from today onwards for the duration of the Chanukah holiday.”

The multi-year Caesarea project is sponsored by the Edmond de Rothschild Foundation in the amount of 150 million shekels, in cooperation with the Caesarea Development Corp., the Antiquities Authority and the Israel Nature and Parks Authority.