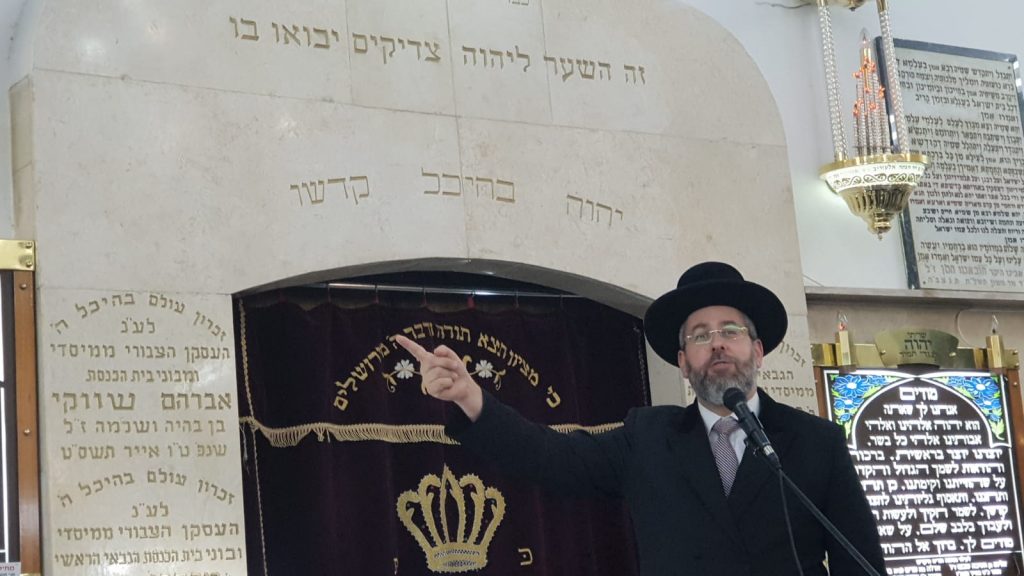 A week after the outrage of a pig’s head hung over the entrance to the Sukkat Shaul synagogue in Ramat Hasharon, a rally was held on Sunday to condemn the act as anti-Semitic and intolerable.

Of particular note was the participation of the head of the electoral slate of Ramat Hasharon Chofshit (Free), Dr. Tzachi Shariv, who also addressed the gathering.

The incident took place a week ago Friday, when the vandalism was discovered.

“Shame on whoever did this,” the shul’s gabbai Eli Almani said. “I didn’t believe it at first, but when I saw it with my own eyes I realized it wasn’t a picture or doll but a real pig head, with blood dripping off it.”

The incident was widely covered in the media and brought condemnations from the senior echelons of government.

Knesset Speaker Yuli Edelstein said he hoped the culprits were not tied to any of the local election campaigns. “We mustn’t forget that after the elections we will continue to live together: religious and secular, Arabs and Jews. Incitement won’t change that,” he said.

Education Minister Naftali Bennett called it an “act of villainy” and blamed a campaign against “imaginary” religious coercion in the country for “driving some people mad.”

“This act does not represent the secular public in the country, not even a small part of it,” he said.

Police are still searching for the perpetrator.