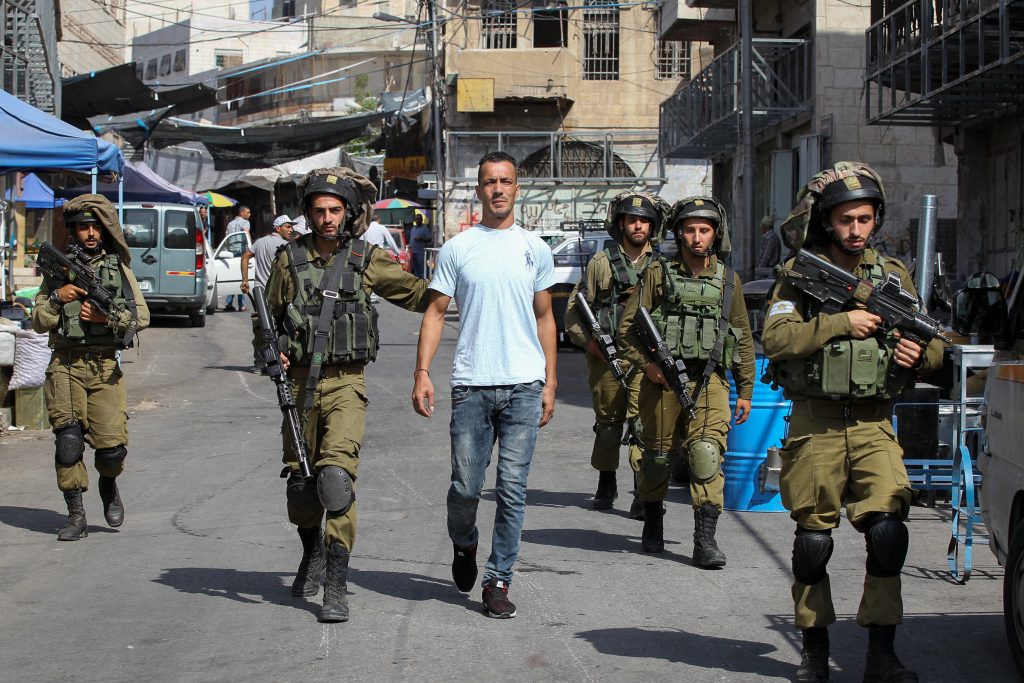 Prime Minister Binyamin Netanyahu will meet in the coming days with MK Moti Yogev on the issue of whether or not to renew the mandate of TIPH, the Temporary International Presence in Chevron. The international peacekeeping group has been accused of unfairly treating the Jewish community of Chevron, including being a party to defamation of Jewish residents of the city, and even hitting Jewish children.

The meeting comes after a discussion by the Knesset subcommittee on Yehudah and Shomron on the renewal of TIPH’s mandate. The subcommittee, chaired by Yogev, heard testimony at a meeting last week from residents of the city, who cataloged the abuses they have experienced at the hands of the force. Information uncovered by the subcommittee indicates that the group’s mandate expires in January. Yogev will recommend to Netanyahu at their meeting that the mandate not be renewed. The international peacekeeping force has operated in the city since 1994. The original objective of the force was to keep the peace between Jews and Arabs in the wake of the attack at the Me’arah that left 29 Arabs dead.

Among those testifying before the subcommittee last week was IDF Chevron Commander Chen Morris, who said that he was “aware of an incident two years ago in which a TIPH observer slashed the tires of a vehicle. He was not investigated, but was simply sent home. In another incident this past summer, a TIPH officer hit a young boy, as he was accompanying a Breaking the Silence group. He, too, was not questioned, and was sent home. There have been other incidents. There are almost daily incidents and tension between TIPH and residents,” he added.

“We cannot have a situation where Israel will fight to stop the propaganda of groups like B’Tselem or Breaking the Silence, while at the same time allowing TIPH to blame the Jews exclusively for the difficult situation in Chevron, and to spread their stories around the world. Israel does not have to even take any action – it simply needs not to renew TIPH’s mandate.”

Deputy Foreign Minister Tzippy Hotovely has also called for the government not to renew the group’s mandate. “The presence of TIPH observers in Chevron does substantial damage to IDF soldiers,” Hotovely wrote in a letter to Netanyahu. “The group’s mission does not serve Israel’s interests. The force is a hostile body that sees its principal purpose in criticizing the IDF alone, ignoring the behavior of Palestinian terrorists in the area. In recent weeks, the group has begun acting with violence against Jews. Given all this, I recommend that the TIPH charter not be extended,” she wrote.