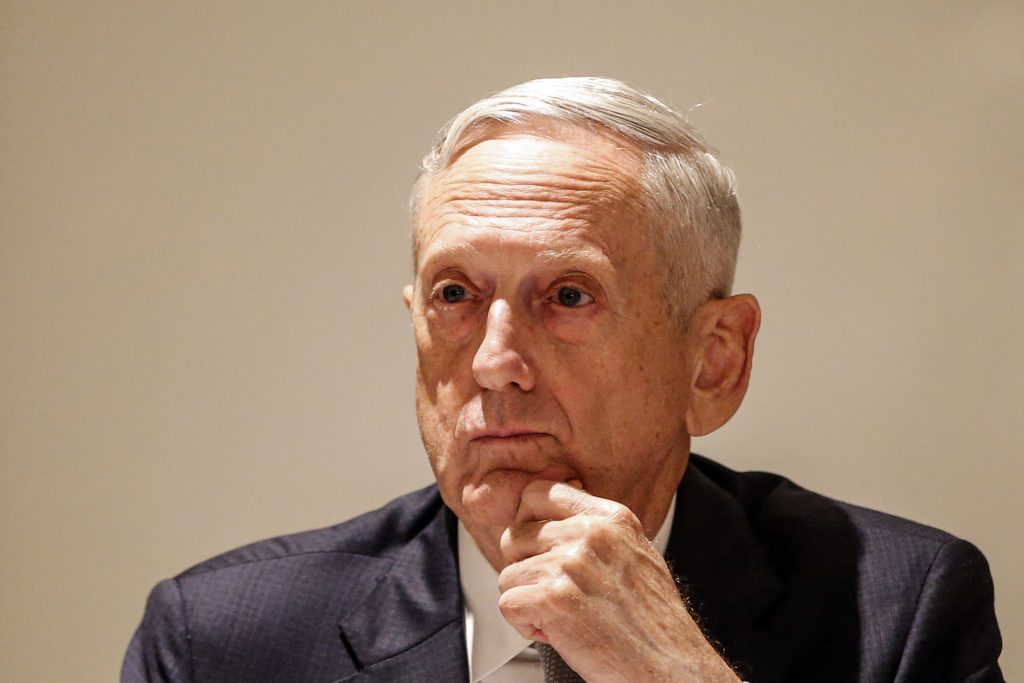 Well before this week’s revelations about President Donald Trump’s interactions with Defense Secretary Jim Mattis in Bob Woodward’s new book, officials inside the White House have been actively discussing who will replace Mattis at the Pentagon – whenever he might step down.

Of course, in light of Woodward’s reporting that Mattis told associates Trump “acted like – and had the understanding of – ‘a fifth- or sixth-grader,'” internal speculation about Mattis’s potential departure has intensified. (Mattis issued a statement Tuesday calling the book “fiction.”) Many officials inside the White House and around the administration had already expected that Mattis would leave his post sometime over the next few months, completing a respectably long two-year stint at the helm of the Defense Department.

“The speculation about who replaces Mattis is now more real than ever,” said a senior White House official who was not authorized to speak about internal matters. “The president has always respected him. But now he has every reason to wonder what Mattis is saying behind his back. The relationship has nowhere to go but down, fast.”

No decisions have been made and a Pentagon spokesperson declined to comment on Mattis’ plans. A White House spokesperson did not respond to a request for comment. But several administration and congressional officials said that a short list for his successor is already being constructed informally.

At the top of the list is retired four-star Army Gen. Jack Keane, administration and congressional officials said. Keane retired in 2003 and served as vice chief of staff of the Army. Unlike Mattis, Keane would not need a congressional waiver to serve as defense secretary because he’s been out of military service more than seven years. He is widely respected in Congress, inside the administration and by the president himself.

“He has strong relationships across the administration and the president likes his tv profile,” the senior White House official said. “He comes across as strong and competent – like a more partisan Mattis.”

Having another retired general run the Defense Department could raise concerns about deterioration of civilian control over the military, as it did when Trump chose Mattis. But multiple congressional officials told me that a Keane nomination would be met with broad support in Congress, given the even greater concerns on Capitol Hill about Trump’s handling of national security amid a range of complex and growing threats.

“Trump needs somebody he respects and he respects General Keane,” a senior GOP congressional aide told me. “I think he has the right skill set and attributes to be effective with this administration. And he’ll work well with the rest of the Cabinet.”

Other names under discussion inside the White House include Sen. Tom Cotton(R-Ala.); Sen. Lindsey Graham (R-S.C.), former Treasury Department official David McCormick; and former Sen. Jim Talent (R-Mo). Depending on the party balance in the Senate after the November elections, Republican leadership may not want to risk losing one of its caucus members, especially Cotton, who defeated a Democrat for his seat in 2014.

Graham has said repeatedly he is not interested in serving in the Cabinet. McCormick was considered during the transition for deputy positions in both the Defense and Treasury departments. Talent was also considered for defense secretary in late 2016.

Keane declined to comment. Sources said Keane has not had any recent discussions with White House officials about being considered for the defense secretary job. Keane spoke broadly about his vision for national security and defense policy at Wednesday’s conference at the Institute for the Study of War, a think tank whose board he chairs.

Tracking closely with Trump’s own philosophy, Keane called for a reinvestment in the U.S. military, which he said has suffered from years of insufficient funding and support.

“I believe the security of the United States is at greater risk than at any time in decades,” Keane said. “America’s military superiority, which has been the backbone of our global influence and national security, has eroded to dangerous levels. America’s ability to defend its allies, partners and our own vital interests is increasingly in doubt.”