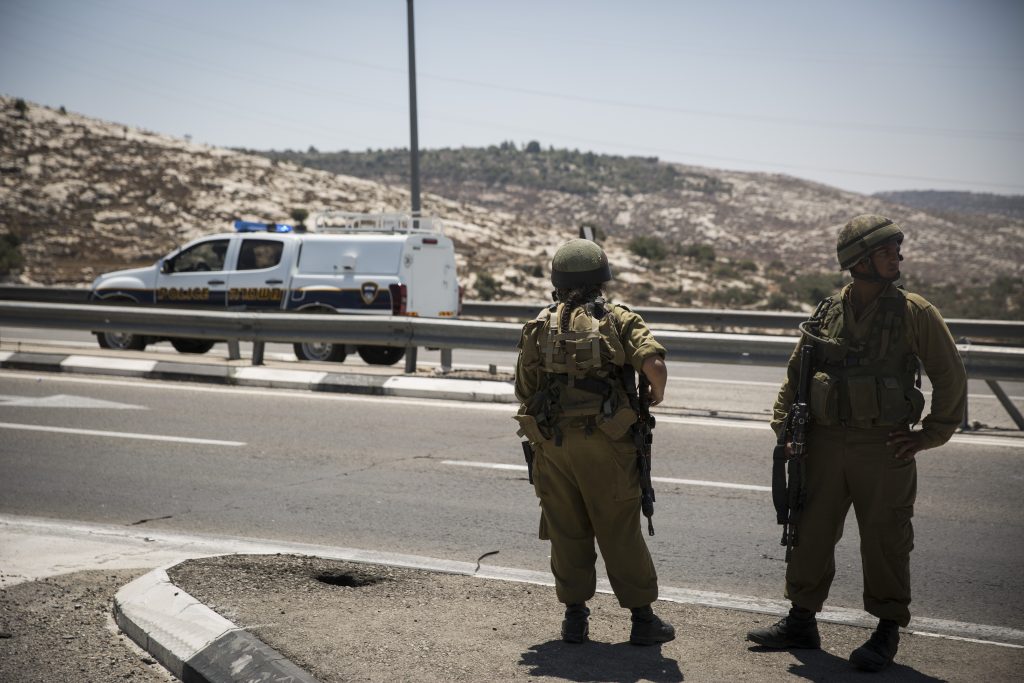 IDF soldiers on Sunday morning arrested an Arab who was throwing rocks at Israeli vehicles on Road 443, a main highway between Tel Aviv and Yerushalayim. The attacks took place near the Arab village of Beit Sira, located near the highway. The Arab was caught red-handed, throwing rocks at vehicles. No Israelis were injured in the attacks, officials said.

Israeli Navy vessels on Motzoei Shabbos fired shots at Gaza Arab vessels that attempted to breach an area that is off-limits to them. Israeli security officials boarded the vessels and made several arrests. The vessels were seized and its crew was taken to an naval base in Ashdod for questioning. Israel has been enforcing a naval blockade of Gaza, over concerns that the Gaza terror group will attempt to ship in weapons and other items to be used against Israel.

Gaza terrorists set several fires in southern Israel over the weekend, using terror balloons and kites. At least three fires were reported Friday. On Motzoei Shabbos, Channel 20 reported that a balloon with an incendiary device attached to it landed in Moshav Barkat, located in central Israel not far from Ben Gurion Airport. The report said that police were alerted and took photos of the balloon, and then removed it. It was not clear where the balloon came from.

Overnight Saturday, security officials said they arrested 3 wanted security suspects in other areas in Yehudah and Shomron. The suspects were wanted for participating in rioting and throwing stones and firebombs that endangered Israeli civilians and IDF soldiers. Several of the suspects were also charged with belonging to Hamas. All were being questioned on their activities by security forces.