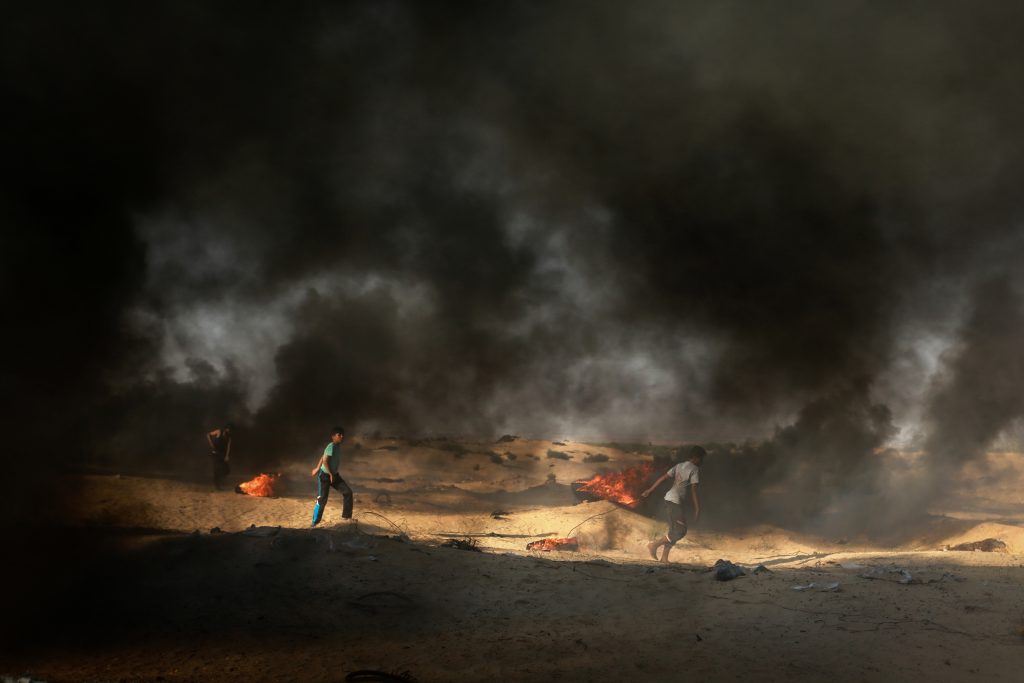 IDF soldiers detonated in a controlled manner an explosive device that Gaza Arab terrorists planted along the border fence. The bomb had been set during riots that took place at the fence Friday. There were no injuries to IDF troops.

Some 5,000 Gaza Arabs rioted at the border fence on Friday. Rioters burned tires and threw rocks and firebombs at Israeli soldiers. IDF troops responded with anti-riot measures. Gaza sources reported that 189 rioters were injured, 50 of them from bullets fired by Israeli soldiers. The riots took place at several points along the border, and in one spot rioters attempted to break through the fence, causing some damage.

Israeli officials quoted by Yediot Acharonot said that the riots were to be expected, as there was no ceasefire agreement yet. “If there is a ceasefire, we can talk about different approaches to Gaza, but if there is no ceasefire, we will have to continue in the same pattern. Once a ceasefire is in place we can move onto the humanitarian issues.” With that, the source said, it was impossible to know if a ceasefire would last even beyond a few days.

At a meeting with leaders of Gaza border communities Friday, Defense Minister Avigdor Liberman said that he was not involved in the ceasefire negotiations. “I do not believe in cease-fire agreements. The only ‘agreement’ I will accept is the situation on the ground. If there is quiet that means there is a ceasefire. In the past few days we have seen that there is quiet, which means that Hamas is in complete control of what is going on.”

Liberman added that he wanted Gaza residents to understand the connection between a lack of terror and advancement of their economy. “If there is terror, they will not have an economy, and if there is no terror they will have an economy. There is a direct connection, that is the message I am trying to convey to Gaza residents. This is an important message for the average Gazan who is trying to feed his family.”