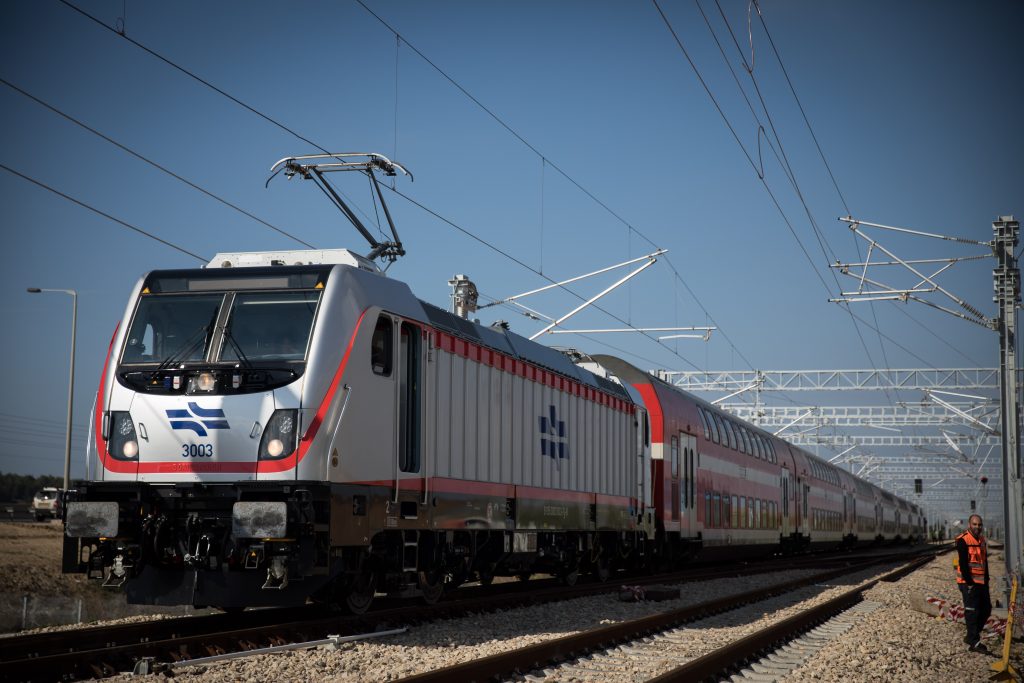 Israelis who were looking forward to traveling between Tel Aviv and Yerushalayim on the new high-speed train over Sukkos – as had been promised by the Transportation Ministry – may have to wait a bit longer, a report in Globes said. Some of the infrastructure work on the section between Modiin and Yerushalayim is not finished, and is unlikely to be completed before Sukkos.

The line had originally been set to open last Pesach, but the Ministry postponed that opening, with Transportation Minister Yisrael Katz promising to open the line in time for Sukkos. He is very likely to do that, Globes quoted Ministry sources as saying – but the train will end its run at Modiin, instead of going all the way to Yerushalayim. “They want to have a major media event right before the holiday, but forget about the half-hour trip between Tel Aviv and Yerushalayim,” said the source. The Ministry is hard at work trying to develop a scenario that will allow for a “grand opening,” and avoid embarrassing Katz. According to the source, another three to four months will be needed to complete the work between Modiin and Yerushalayim.

Also not completed – and not expected to be finished for several years – is the segment of the train that will serve Tel Aviv itself. The last stop in Tel Aviv will be the Hahagana train station, and for now the train will use that station as its initial departure point. Electrical work on the track for the railway north of that is behind schedule. The train is supposed to originate in the Herzliya station, but it is likely to be several years before that happens, the source said.

When completed, the trip between Yerushalayim and Tel Aviv on the line is supposed to take less than a half-hour, with the electric train achieving speeds of up to 160 kilometers per hour (100 mph). The 28 minute trip will include stops at Ben Gurion Airport, Modiin, and Shaar Hagay (where a large parking lot for commuters to Beit Shemesh will be set up).

According to the Transport Ministry, the line will include five kilometers of bridges, including the longest bridge in Israel, at a length of 1.2 kilometers (0.75 miles). It is also the highest bridge, rising to some 90 meters (295 ft.) off the ground. The successful traversing of this bridge by the 1,200-ton train is an excellent sign that the project is sound from an engineering point of view, the Ministry said in a statement, adding that each pass of a train over the bridge will enable it to “settle,” strengthening its pylons and making it more sturdy. Besides the highest bridge, the railway will include the country’s longest tunnel – 11.6 kilometers (7.2 miles). In addition, the railway’s Jerusalem terminus, which will be about 80 meters below ground, is one of the deepest commuter railway stations in the world.