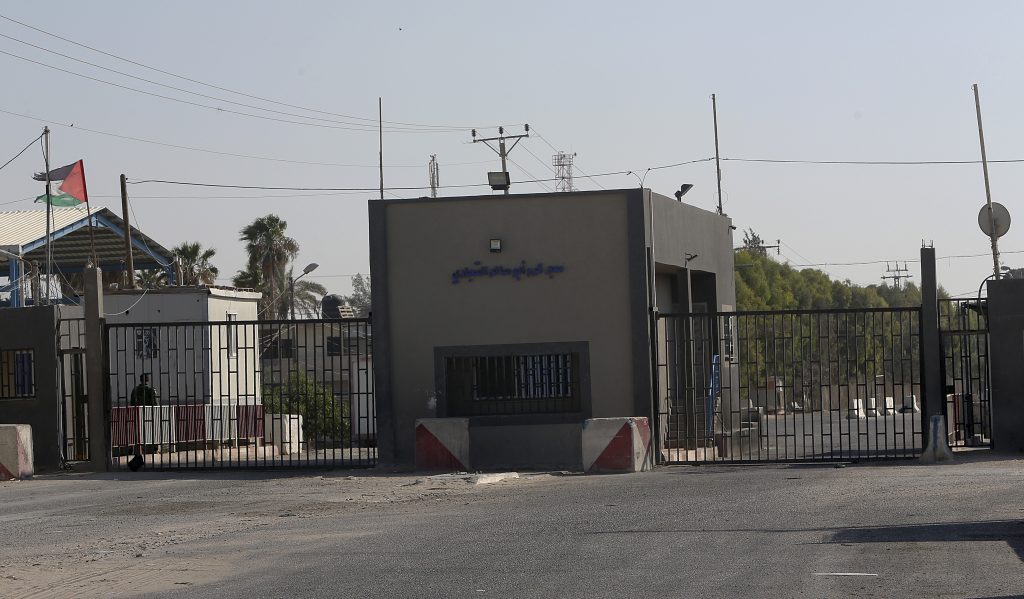 Israel said it would allow commercial goods back into the Gaza Strip on Wednesday if the border remained quiet, lifting a ban imposed last month in response to terror attacks launched by Palestinians across the frontier.

The decision, announced on Tuesday, coincided with Egyptian efforts to achieve a long-term ceasefire between Israel and Hamas, the Palestinian enclave’s dominant armed faction.

“If the calm that has prevailed since the beginning of the week will be maintained until tomorrow morning, the Kerem Shalom crossing will open tomorrow at 9 a.m. (2 a.m. ET) and the fishing limit will be increased to nine miles from the shore,” the Israeli Defense Ministry said.

Palestinian officials who coordinate with Israel on supplies to the Gaza Strip said all commercial goods that had been allowed through Kerem Shalom prior to the July 9 ban could again be brought into the territory of two million people.

Izzat Risheq, a Hamas official, said Palestinian factions were due to meet in Cairo on Tuesday to discuss terms for a truce.

The fighting has since died down and there have been fewer reports of balloons and kites with flammable material floating across from Gaza into southern Israel, where large tracts of farmland and forests have been burned in recent months.

Egypt and the United Nations have been trying to mediate a comprehensive truce to prevent another escalation in fighting and to ease the deep economic hardship in Gaza.

During their May 22 meeting, PM Netanyahu and President el-Sissi discussed the easing of an Israeli-Egyptian blockade of Gaza, rehabilitation of its infrastructure and terms for a ceasefire, the Channel Ten report said.

For more than a decade, Gaza has been controlled by the Hamas terror group and as a result, subject to an Israeli-Egyptian blockade that has wrecked its economy, creating what the World Bank has described as a humanitarian crisis with shortages of water, electricity and medicine.

Israel says it has no choice but to enforce its blockade to defend itself against Hamas, which calls for Israel’s destruction and has used Gaza as a base for missile attacks.