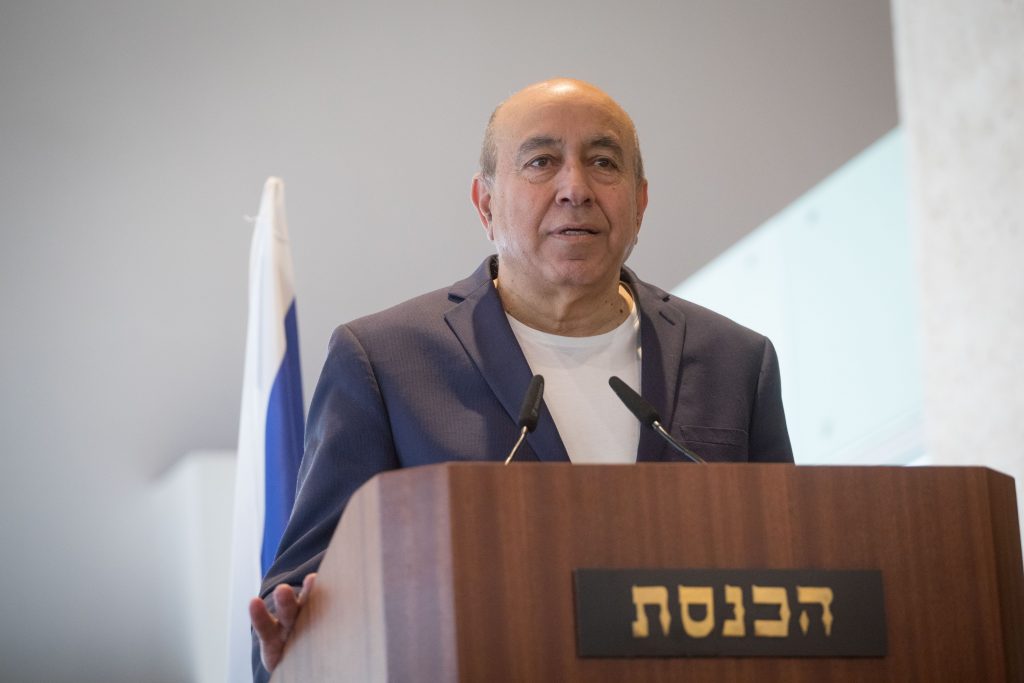 Zionist Camp MK Zouheir Bahloul resigned from the Knesset on Shabbos, in protest of the recently passed Nationality Law, which he said discriminates against Israel’s Arab minority.

In an interview on Channel 13, Bahloul said that his resignation was to take effect at the end of the Knesset’s summer break.

“The Nationality Law removes the Arab population from equality, via legislation. I will need to provide answers to my grandson, who will ask if I was in the Knesset when this law was passed,” he said.

Bahloul also expressed disappointment with those who share his views.

“I am disappointed in my own faction, despite the fact that they tried to fight against the law,” he said.

Earlier this year, Bahloul hinted that he would consider leaving his party due to the fact that “things don’t always fit” with his “worldview.”

Close associates of Zionist Camp chairman Avi Gabbay said that Bahloul’s remarks “were too extreme and that his place is no longer in the party.” They added that this would be the Arab MK’s last term on the faction list, although Gabbay does not have the authority to remove members elected by Labor voters.