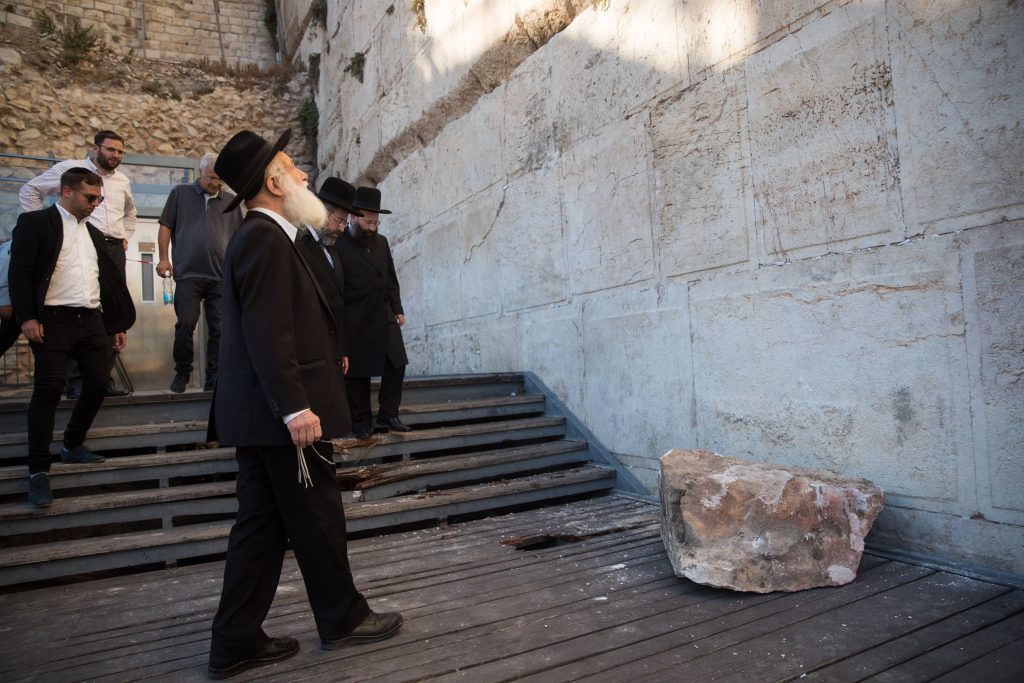 A day after a heavy stone block fell out of the Kosel, experts were saying there was no immediate danger of further such incidents.

Two experts at Hebrew University, Earth Sciences Prof. Simon Emmanuel and archaeologist Dr. Eilat Mazar, concurred that the incident was rare and a repetition should not be expected in the near term.

Emmanuel, who in July 2014 published an article on the subject in the journal Geology based on laser-driven data taken from the Kosel Plaza, said:

“Erosion is a slow process. It doesn’t usually happen catastrophically like this. The last well-publicized instance of a rock falling from the Western Wall came in 2004. The fact that now and then a rock falls off of it — well, that’s the nature of weathering in buildings,” he said.

A spokesperson for the Israel Antiquities Authority, which has begun a systematic examination of the Wall to identify weaknesses and recommend possible measures to improve its stability, said that no conclusions would be forthcoming right away.

“The survey will take time,” the spokesperson told The Times of Israel. “This isn’t the type of thing that you do from moment to moment.”

In the meantime, though, Mazar was optimistic. “All must continue as normal,” he said.