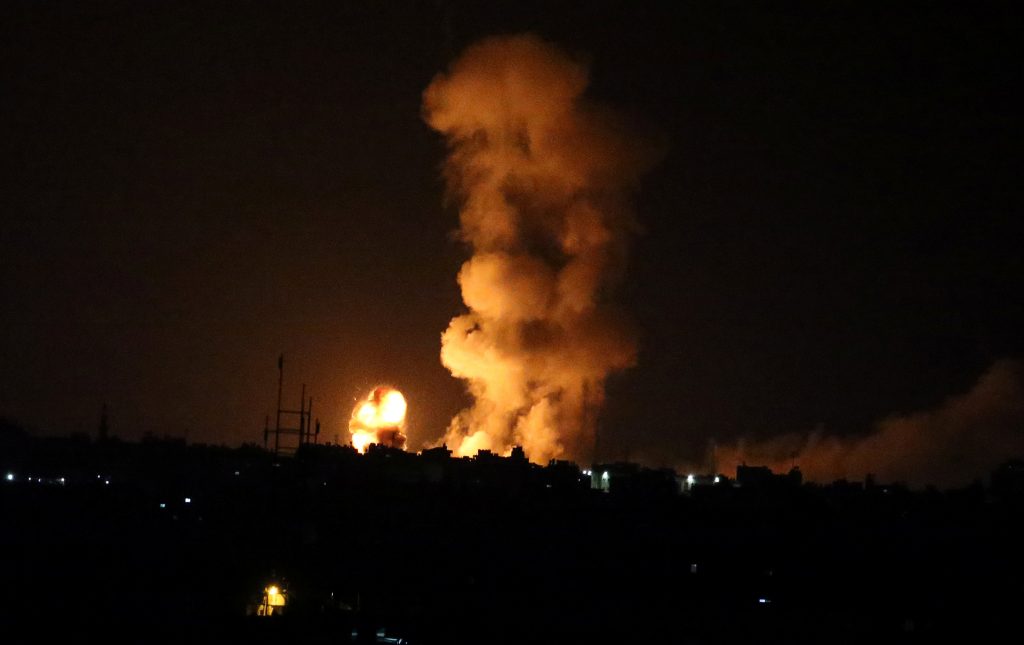 Israeli air and ground forces fired on the Gaza Strip Friday, as the military said its troops had come under fire from Gaza terrorists.

The military said aircraft and tanks hit eight Hamas positions in Gaza after its forces had been shot at and had explosive devices hurled at them along the border. More airstrikes pounded Gaza as darkness fell, in what the military described as a “wide-scale attack against Hamas.”

Israeli media said Prime Minister Binyamin Netanyahu was holding discussions with cabinet colleagues and military chiefs about the escalation of hostilities during the long-running Palestinian riots on the Israel-Gaza border.

Fires caused by flame-carrying Palestinian kites and helium-filled balloons have ravaged tracts of farmland in Israel in recent months. The tactic has become popular during the months-long Gaza border protests known as “The Great March of Return,” in which more than 140 Palestinians have been killed by Israeli security forces.

Israel has vowed to stop the kite attacks, even at the risk of a wider conflict. But Khalil Al-Hayya, Hamas’s deputy chief in Gaza, said on Friday that the kites would continue to fly.

“We are trying to be balanced and responsible, but Hamas’s leaders are forcing us into a situation in which we will have no choice but to embark on a broad and painful military operation,” Lieberman said. “I think responsibility will fall entirely on Hamas’s shoulders, but I’m sorry to say that ordinary Gazans will have to pay the price.”

Hayya also said on Friday that Hamas was holding two Israeli soldiers that Israel had declared killed in action during the 2014 war in Gaza.

He said they would only be returned as part of a deal similar to that in 2011 which saw a captured Israeli soldier, Gilad Shalit, released in exchange for more than 1,000 Palestinians jailed in Israel.

“Your soldiers are still in our hands … The occupation will not see them until they pay the price, just like they did for Shalit,” Hayya said.