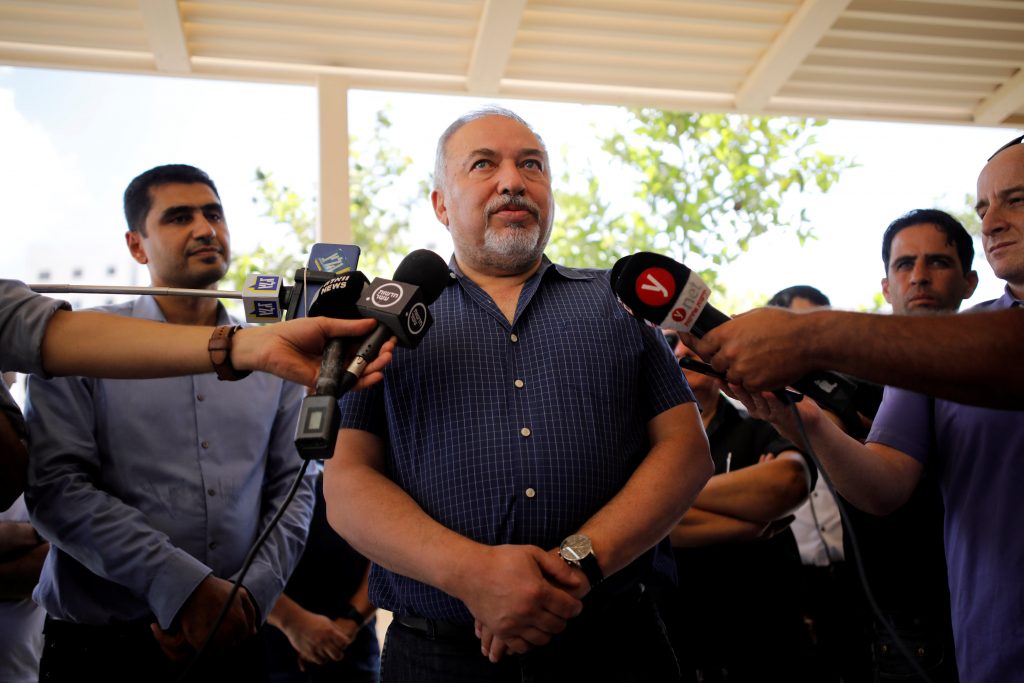 In response to the ongoing arson attacks from Gaza on southern Israel, Defense Minister Avigdor Liberman on Friday warned Hamas leaders: “We are trying to be fair and responsible, but the leaders of Hamas force us into a situation where there is no choice but to launch a wide scale and painful military operation.” His remarks were made in the shadow of American efforts to jump-start international aid to the Gaza Strip in exchange for Hamas’ renunciation of terrorism.

“Every reasonable person who sees the burning of forests, thousands of dunams of burnt fields, understands that the situation is unreasonable,” he said. “Last Shabbos, the residents of the Gaza region were forced to run to their safety shelters 20 times or make the security room an integral part of preparations for Shabbos.”

Liberman has put full responsibility on Hamas leaders, but unfortunately, he added, “the residents of Gaza will also have to pay the price.

“I appeal to the residents of Gaza – put pressure on Hamas to change their direction and tactics. A complete cessation of terror and provocations on the border will help settle this uprising.”

Liberman also said that Israel was not dealing directly with the Hamas terror group. “There is no direct dialogue between Israel and Hamas. We are in close contact with all the relevant people, whether it is Egypt or a U.N. envoy and we are clarifying our position.”

On Thursday night, Liberman and top security officials met to assess the ongoing situation in the South after a Hamas projectile struck southern Israel.

Attending were the IDF chief of staff, the head of military intelligence, the commanders of the Southern Command and Central Command, the Coordinator of Government Activities in the Territories (COGAT) and members of the Shin Bet.

Meanwhile, more fires continued to burn near the Gaza border on Friday.