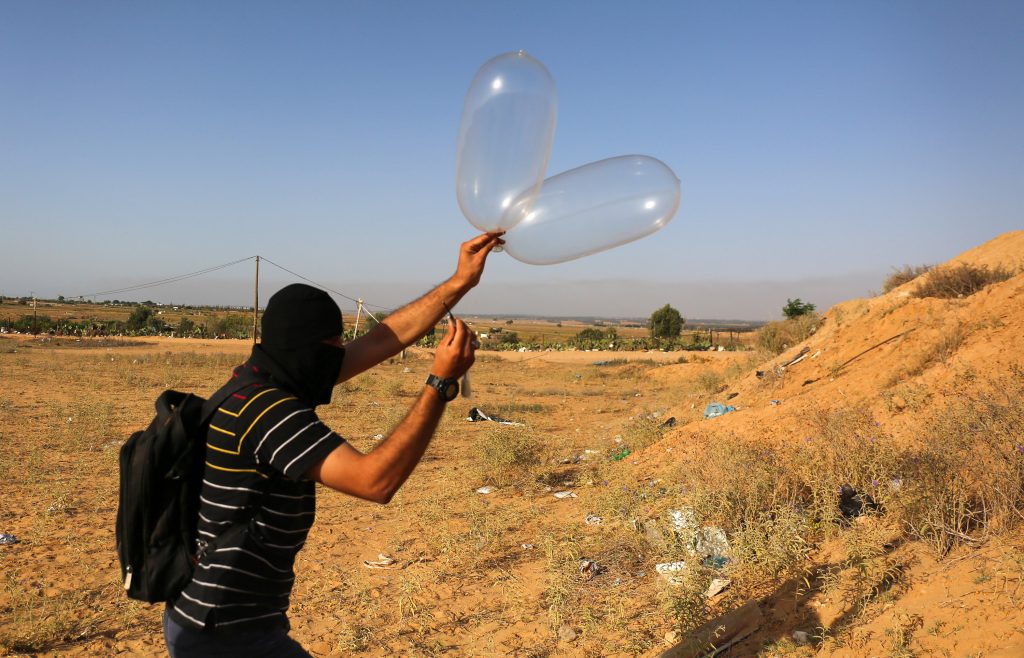 Israeli security forces were preparing for yet another day of rioting and “balloon terror” from Gaza Friday – and the day has not started well, Channel 20 reported. The report quoted witnesses who said that at 4:00 a.m. Hamas terrorists had set off 40 balloons with flammable material attached at Israeli targets.

As of 10:00 a.m., there were no reports of fires at Israeli farms and forests, but firefighters were on alert to quickly put out fires if any break out.

On Thursday, police were called to a house in Sderot, where a Hamas balloon had landed inside the backyard of the home. The balloon had a suspicious-looking canister attached to it. Police cleared the house and several other houses in the area, and members of the bomb squad dealt with the canister.

On Thursday, firefighters battled 21 blazes set off by Hamas balloons and kites.

IDF soldiers overnight Thursday seized weapons that were to be used in terror attacks. Soldiers, working with police, discovered a cache of weapons in the northern Shomron village of Sami’a. In a statement, the army said that such weapons were used in terror attacks as well as for criminal activity, and that security forces were determined to seize all weapons that were being held illegally by all people, in order to better protect all Israelis and residents of Palestinian Authority-controlled areas, who are also under threat by terrorists and criminals.

IDF soldiers overnight Thursday seized terror funds from Arabs in the Shomron city of Tulkarem. The money was part of payments made by Hamas and the Palestinian Authority to the families of terrorists for committing terror acts against Israelis, officials said. Weapons for use in terror attacks were also found in the city.