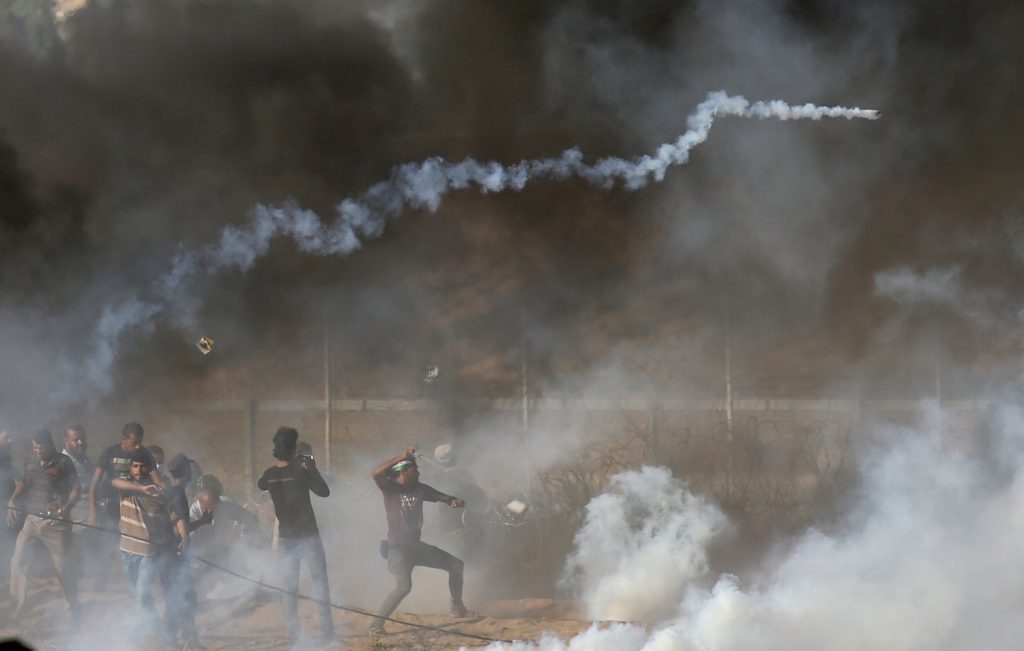 Hamas and Islamic Jihad responded on Monday to Israel’s decision to impose economic sanctions on Gaza following weeks of airborne arson and rioting at the border fence with threats of more violence.

Hamas denounced the decision to close the Kerem Shalom crossing with Gaza a “crime against humanity,” after Prime Minister Binyamin Netanyahu announced the move earlier in the day.

“Netanyahu’s approval of additional measures to intensify the siege and prevent the entry of materials and goods to Gaza is a new crime against humanity,” Hamas spokesman Fawzi Barhoum said.

Islamic Jihad said the step was a “new declaration of war against the Palestinian people,” and vowed to retaliate.

Kerem Shalom is the main commercial route between Israel and the coastal enclave. The IDF said it would remain closed as long as the Palestinians persist in launching incendiary kites and balloons into Israel.

However, as of Monday evening, some 33 fires started by Gazan incendiary balloons

were counted in southern Israel.

B’chasdei shamayim, no injuries were reported; and the fires were all brought under control.

Defense Minister Avigdor Liberman said he had instructed the military “to take a number of steps” to respond to “Hamas provocations” on the border.

“We are not looking for a confrontation or for a military adventure; but in the way Hamas operates, the [situation] deteriorates and [Hamas] is liable to pay the full price, a much heavier price than Operation Protective Edge,” Liberman warned.

Humanitarian aid, primarily in the form of food and medicine, will still be allowed into Gaza, though special permission will be required from the military liaison to the Palestinians, Maj. Gen. Kamil Abu Rokon.