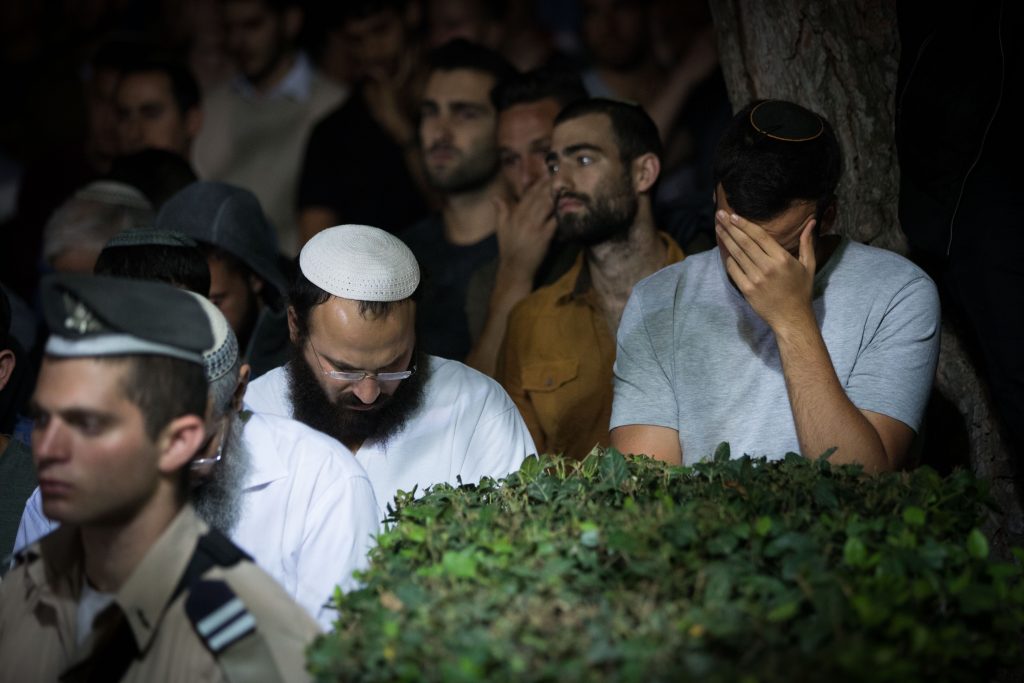 IDF soldiers and Shin Bet agents in recent days arrested a 32-year-old Arab terrorist who was responsible for the murder of IDF soldier Ronen Lubarsky, Hy”d, last month, it was revealed for publication Wednesday. The culprit is Islam Yussuf abu-Hamid, a resident of the El-Amari refugee camp near Ramallah.

Abu-Hamid admitted under interrogation that it was he who threw the block of marble on the head of Lubarsky as he and other soldiers of the Duvdevan unit were carrying out arrests in the camp. It also emerged that his brothers and several older members of his family are members of Hamas, and that he has aided them in various acts of terror, including the 1994 murder of Shin Bet agent Noam Cohen, Hy”d.

Lubarsky, 20, was a soldier in the elite Duvdevan unit, which regularly enters Palestinian Authority-controlled areas to arrest terrorists; in 2017, the unit arrested over 300 terrorists. He was a resident of Rechovot, and “an honor student, one of the city’s finest youths, modest and with wonderful values,” said Rachamim Malul, mayor of Rechovot.

Speaking Wednesday, Defense Minister Avigdor Liberman praised the operation that captured abu-Hamid, saying that “not one disgusting terrorist will escape Israel’s security establishment. I again send my condolences to the Lubarsky family. We will make this terrorist pay. Anyone who harms our soldiers will never again see the light of day.”