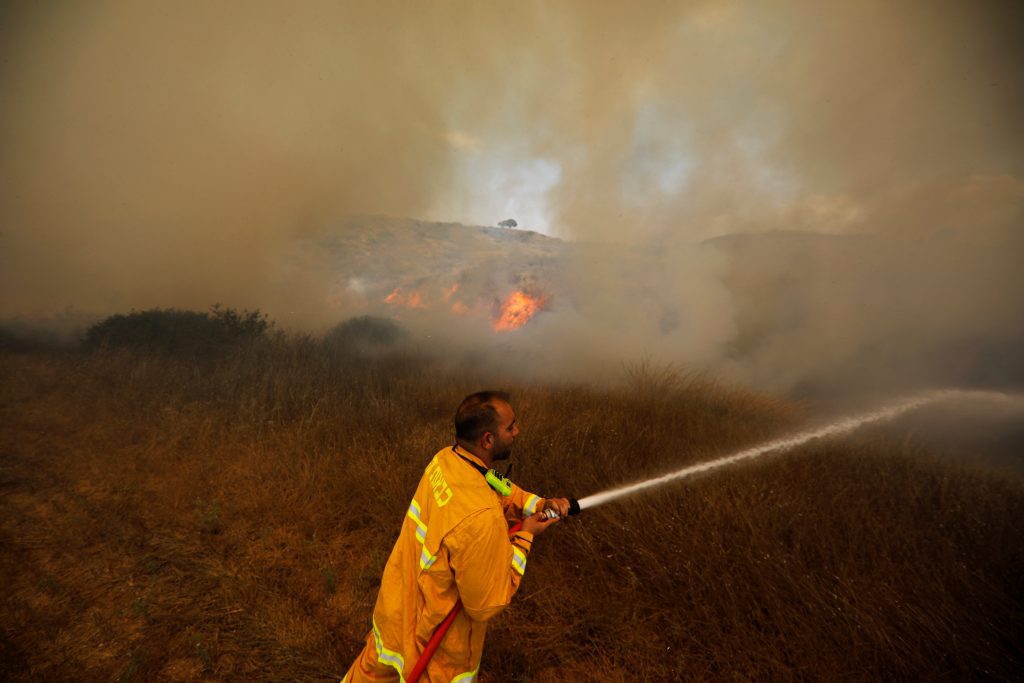 Gaza terrorists continued their campaign of arson via fire kites on Tuesday, setting at least nine fires in southern Israel.

Six were in the Eshkol Regional Council and three others were in the Kissufim Forest near Kibbutzim Mefalsim and Nir Am, according to media reports.

Firefighting teams were dispatched and succeeded in bringing all the fires under control.

However, winds carried smoke into the surrounding communities, according to the Eshkol region spokesperson.

B’chasdei Shamayim, no injuries were reported. Assessment of damage was not immediately available.

Earlier, a kite ignited a fire near Sapir College but was also put out.

In response to the fire kites, Israeli Public Security Minister Gilad Erdan called on the army to treat kite launchers “just like any other terrorist” and said there should be “targeted killings” against them. He also said Hamas commanders should be targeted in retaliation for the kites.

Erdan made the comments during a tour of the border area on Tuesday.