Israel Chief Rabbis on the Conversion Report: An Opening for Assimilation and Destruction of Judaism
Israel 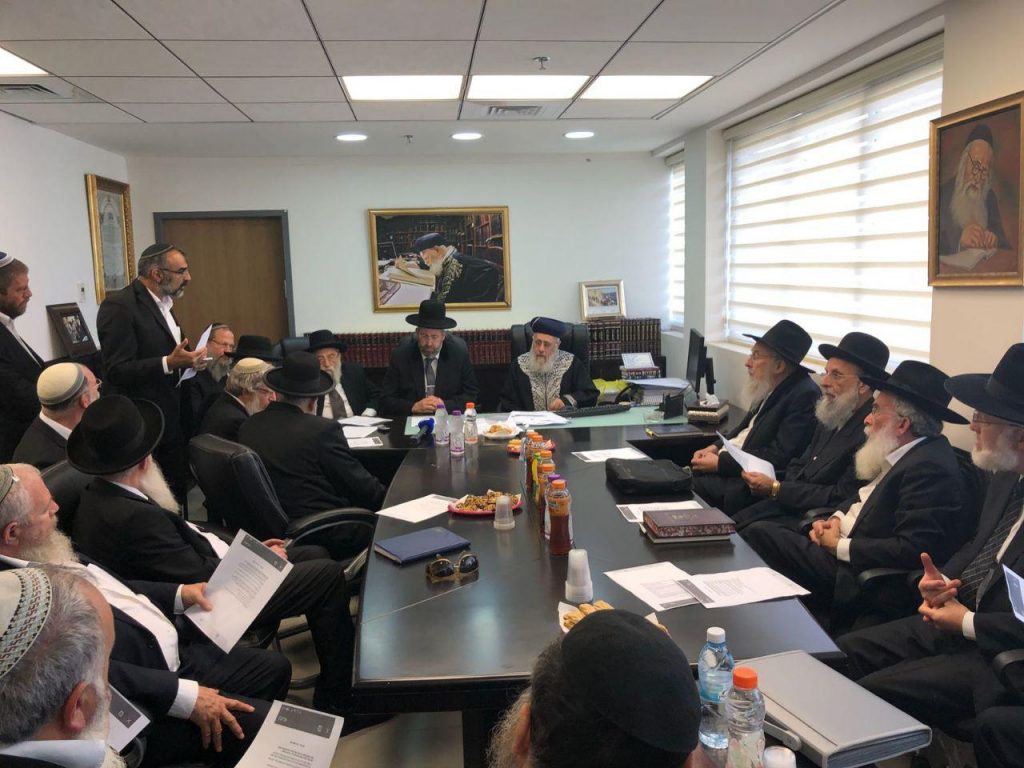 Prime Minister Binyamin Netanyahu received Sunday the report and recommendations formulated by former Minister of Justice and Finance Moshe Nissim on conversion. The report recommends that a new conversion system be established in Israel, that will not be dependent on the Chief Rabbinate.

A senior official familiar with the matter said that Nissim’s report presents non-binding recommendations that the prime minister and his staff will review.

“We continue to work now to find solutions that will strengthen unity among the Jewish people in Israel and abroad,” Netanyahu said.

The report was highly criticized across the political and rabbinic spectrum.

“The only official authorized by the government to submit a bill on the issue of conversion is the interior minister, and it is clear that I will not submit this proposal,” said Shas chairman and Interior Minister Rabbi Aryeh Deri.

MK Rabbi Moshe Gafni said in response to the conversion recommendations that “Judaism is not a missionary religion.

“Any attempts to dismantle a framework through laws, committees or regulations will not occur. The status quo must be upheld; we will not allow any change on this issue. There will be no violation of the status quo.”

Earlier Sunday, the Chief Rabbis convened for an emergency discussion together with dozens of Rabbanim and Dayanim from all streams and sectors to discuss the recommendations of the conversion committee. During the meeting, the Rabbis signed a letter calling on the prime minister to “reject outright” the report and its recommendations.

The objection to the report is that the committee’s conclusions prohibit conversion in Israel from the authority of the Chief Rabbinate and for the first time gives official recognition to the legislation of Reform conversions performed abroad.

Sephardic Chief Rabbi Harav Yitzchak Yosef said, “I ask all the Rabbanim of Israel, of all the circles, to be vigilant. There is as attempt of recognition here of conversions that are not according to halachah, there is recognition here of Reform conversions; this is a very serious breach. I ask all Rabbanim to protest and that this law be buried, this law is not worthy to be raised.”

Ashkenazi Chief Rabbi Harav David Lau said that “the conversion plan in question is damaging to Klal Yisrael, and this is an opening to assimilation and bringing about the destruction of Judaism that exists in the Diaspora to the Holy Land. The Chief Rabbinate is making an effort throughout the years that conversion be only in accordance to halachah. This is an issue that Am Yisrael cannot agree to even for one moment.

“It is an illusion of people who supposedly will receive this certificate, which will turn them into full-fledged Jews.”

During the meeting, the Rabbanim signed a letter calling on the government to postpone the report.

“We call upon the Prime Minister to reject the report of the Nissim Commission and to immediately advance legislation that will stop the High Court’s attempts to curtail conversions and reform conversions.”

Another letter was sent to ministers and MKs asking them “to do everything in their power to stop the reform in giyur that could lead to assimilation as well as division within the Jewish people, as is the unfortunate case in many Reform and Conservative communities around the world.”