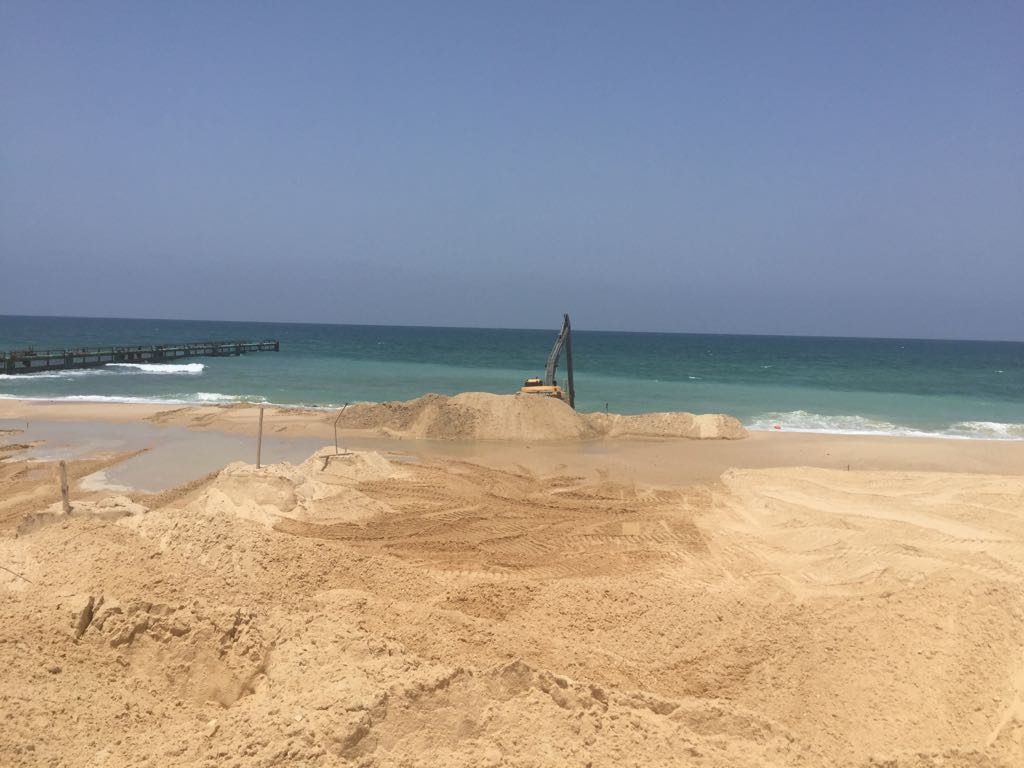 The IDF Engineering Division on Sunday began work on what Defense Minister Avigdor Liberman called a “unique” security blockade, to be built in the water. “This is the only blockade of its type in the world,” Liberman said Sunday. “This is one more way for us to stop Hamas, and to compromise its strategic capabilities.”

The blockade is being built out from the Zikim Beach in the Gaza border area, very close to the land border with Gaza. It will extend several hundred meters out to sea, and will be built in the style of a wave breaker – but it will be built on three levels, including an underwater blockade, and a rock blockade on the surface, which will be topped with a barbed wire fence.

On Tuesday, Hamas said that it plans to organize its own flotilla to break the IDF’s naval blockade of Gaza. This will be the first time Hamas will be trying to break the Israeli blockade from within the waters off the Gaza coast.

Hamas plans to organize dozens of fishing boats and head directly for Israeli Naval ships and get past them, the terror group said Sunday. “We have decided to take responsibility for breaking the blockade on ourselves,” Hamas said at a press conference in Gaza.

“Gaza has become a huge jail, isolated from the world, whose basic rights have been taken away due to the Israeli blockade. We call on all residents of Gaza to gather at the port and support the brave sailors who stand up for our nation.”