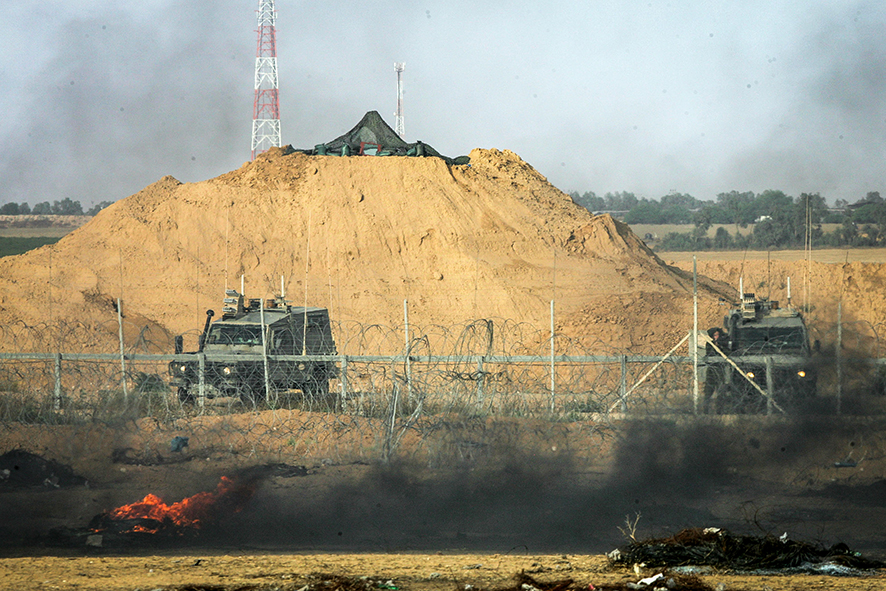 No injuries were immediately reported.

The IDF said the strike was conducted in response to the incident that took place earlier Shabbos, in which four suspects infiltrated Israeli territory and attempted to damage security infrastructure.

Four Palestinians from Gaza crossed the border fence into Israel and threw a firebomb before fleeing back under Israeli fire, the IDF said.

According to the military, the four were in Israel for about a minute and left behind a tent that read “The March of Return. Returning to the land of Palestine.”

The infiltration was one of numerous attempts over the weekend to breach and damage the border fence, the IDF said.

Dozens of burning kites were flown from Gaza across the border over the weekend, sparking several fires in Israeli fields, Hadashot News reported. In the past month, 300 such kites have been flown across the border, the report said, setting off 100 fires.

Additionally, the IDF spokesman added, the strike was carried out in response to the continued attempts to sabotage security infrastructure during Hamas-led riots.

The IDF said it views these ongoing attempts with great severity, specifically Hamas’s daily attempts to damage security infrastructure and threats to the safety of Israelis.

The Hamas terror organization is responsible for all threats originating from the Gaza Strip, said the IDF spokesman, and will bear the consequences of its actions against Israeli civilians.