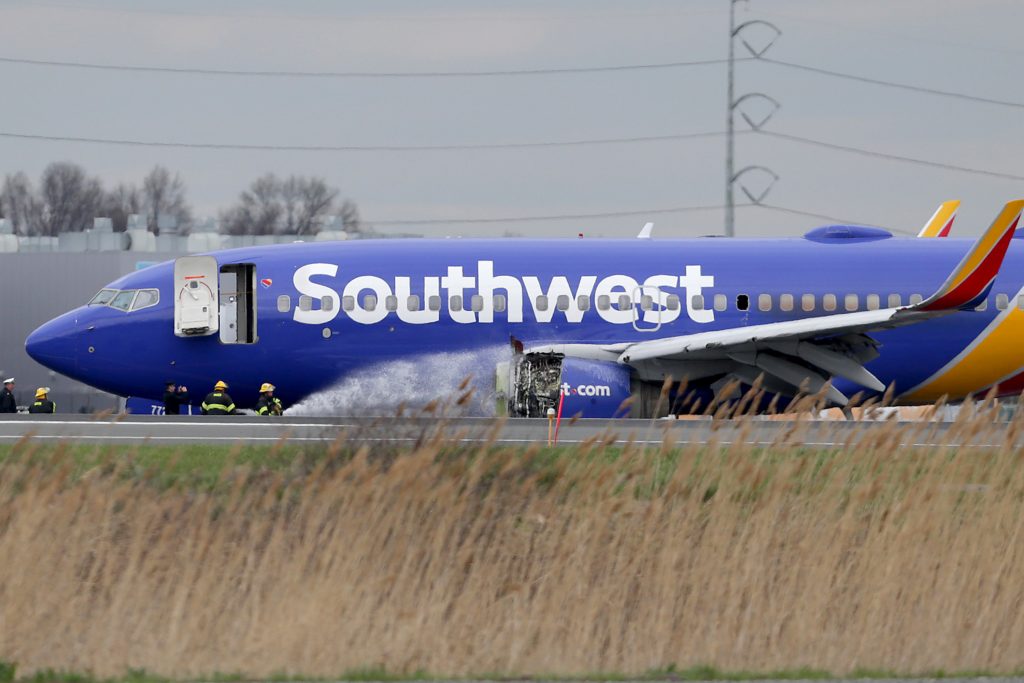 Southwest Airlines has sent passengers of Flight 1380 a letter of apology that includes a check for $5,000 “to cover any of your immediate financial needs” after the plane suffered an engine failure and had to make an emergency landing in Philadelphia.

The letter also says the passengers would separately receive a $1,000 flight voucher.

There were 144 passengers and five crew members on Flight 1380 when its left engine was ripped apart in mid-air Tuesday morning, forcing the plane to make an emergency landing at Philadelphia International Airport. One passenger, Jennifer Riordan, a 43-year-old bank executive and mother of two, died of injuries she suffered when she was partially blown out of a window that shattered when the engine failed.

Such payments are not unusual in such situations, said Mary Schiavo, a transportation lawyer and CNN analyst.

“It gets money in the hands of people that need it for counseling or something,” Schiavo said.

While the National Transportation Safety Board investigates the catastrophic engine failure, the airline’s “primary focus and commitment is to assist you in every way possible,” said the letter, signed by Southwest president Gary C. Kelly.

“We value you as our Customer and hope you will allow us another opportunity to restore your confidence in Southwest as the airline you can count on for your travel needs. In this spirit, we are sending you a check in the amount of $5,000 to cover any of your immediate financial needs. As a tangible gesture of our heartfelt sincerity, we are also sending you a $1,000 travel voucher (in a separate e-mail), which can be used for future travel.”

The letter opened and closed with the company offering its “sincere” and “heartfelt” apologies.

Investigators say a broken rotor blade set off the engine failure. They are trying to determine why the blade, which showed signs of metal fatigue, broke off.

While Southwest is offering its apologies, passengers are hailing the plane’s pilot, Tammie Jo Shults, as a hero.