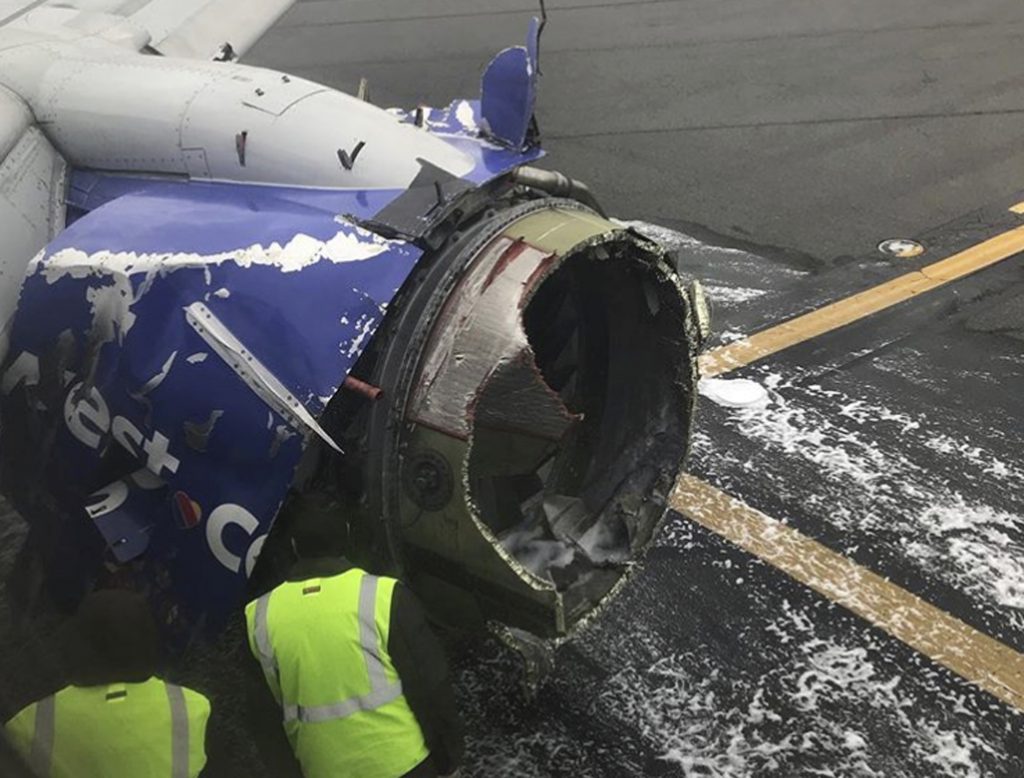 The Southwest Airlines pilot being lauded as a hero in a harrowing emergency landing after a passenger was partially blown out of the jet’s damaged fuselage is also being hailed for her pioneering role in a career where she has been one of the few women at the controls.

Tammie Jo Shults, one of the first female fighter pilots in the U.S. Navy, was the captain and piloting the Dallas-bound Flight 1380 when it made an emergency landing Tuesday in Philadelphia, according to her husband, Dean Shults.

One of the engines on the Boeing 737 exploded while the plane was traveling 500 mph (800 kph) at 30,000 feet (9144 m) with 149 people on board. Shrapnel hit the plane and passengers said they had to rescue a woman who was being blown out of a damaged window. The woman later died of blunt force trauma to her head, neck and torso.

Shults calmly relayed details about the crisis to air traffic controllers, and passengers commended her handling of the situation.

In a statement late Wednesday, Shults and the other pilot on board, First Officer Darren Ellisor, said they felt like they were simply doing their jobs.

“On behalf of the entire Crew, we appreciate the outpouring of support from the public and our coworkers as we all reflect on one family’s profound loss,” the two pilots said in the statement, adding that their “hearts are heavy.”

Friends of Shults in her hometown Boerne, Texas, about 30 miles northwest of San Antonio, said Wednesday they were not surprised after listening to the recording and reading media reports about her actions.

“Everybody is talking about Tammie Jo and how cool and calm she was in a crisis, and that’s just Tammie Jo,” Rachel Russo said. “That’s how she’s wired.”

Shults was commissioned into the Navy in 1985 and reached the rank of lieutenant commander, said Commander Ron Flanders, the spokesman for Naval Air Forces in San Diego.

Women aviators were excluded from combat missions until the month after Shults got off active duty in March 1993, but Flanders said Shults flew during Operation Desert Storm trainings as an aggressor enemy pilot.

“While we at that time had an exclusion, she was in fact helping male pilots hone their skills,” Flanders said.

Veteran Navy combat aviator Linda Maloney said that she and Shults were among a small group of women who worked to see the combat exclusion rule repealed.

Shults is from New Mexico, according to a personnel file from the Navy, and was a 1983 graduate of MidAmerica Nazarene University in Olathe, Kansas, where she earned degrees in biology and agribusiness.

Shults’ brother-in-law, Gary Shults, said her husband also is a Southwest pilot and told him she made the emergency landing.

“She’s a formidable woman, as sharp as a tack,” said Gary Shults, a dentist in San Antonio. “My brother says she’s the best pilot he knows.”