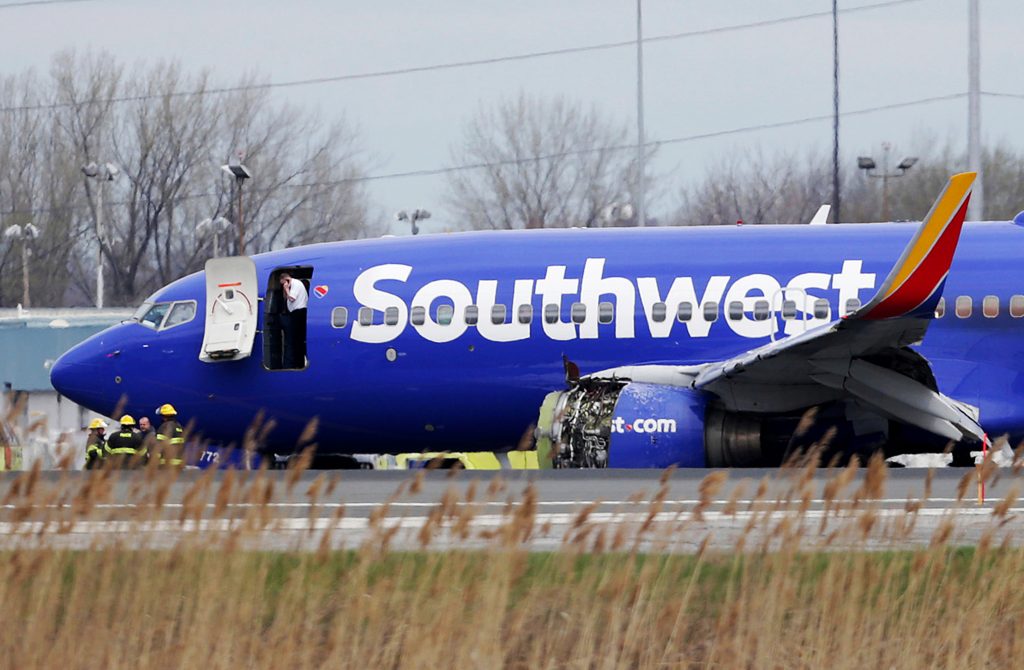 When the plane engine blew up and the oxygen masks rained down, only one thought dominated Marty Martinez’s mind: sending a goodbye message to his parents.

“I had no reason to be hopeful,” Martinez said. People were screaming. A window was smashed out by engine debris. Even the flight attendants were crying. “So as the plane was going down, I whipped out my credit card and bought wi-fi.”

Martinez, 29, is the founder of a digital marketing company called Social Revolt in Dallas, and streaming live on social media comes naturally to him. “I thought that was my only avenue to get a message to the outside,” he recalled of those moments. He dialed up a social-media connection, and only then did he put on his oxygen mask.

That’s how the world came to see the image of Martinez, seated in the window seat of Row 15 of Southwest Airlines Flight 1380 from New York to Dallas, slipping on his mask and then staring into the camera, wide-eyed but remarkably calm, as he prepared for what he believed would be a plane crash that would end his life. The Boeing 737-700 was carrying 148 people when an engine exploded, smashing open a window.

“I was just in shock,” Martinez said in a phone interview from the U.S. Customs offices of Philadelphia Airport’s Terminal A. “All I was thinking about was telling my parents that I loved them.”

Martinez was about 30 minutes into his flight home to Dallas and everything seemed fine when he heard a loud boom, he said. Before he could register what it might be, the oxygen masks fell down throughout the aircraft. Then the window exploded inward two rows in front of him.

“That put everyone in sheer panic,” he said.

Martinez looked around frantically as he tried to process what was happening. When he saw how upset the flight attendants were, “we thought we were in a really bad place. We were going down.”

As Martinez was live-streaming on social media, he looked over at his work colleague in the seat next to him. “He looked over to me and was probably wondering, ‘Why is he buying internet right now?’ Meanwhile he’s drafting a text to his wife and sending a message to his unborn son.”

Just a couple rows in front of Martinez, passengers huddled around a woman who was slumped in her seat where the window had blown out. She wasn’t moving or making a sound, he said. Other passengers were grabbing anything they could lay their hands on — jackets and coats — to stuff into the broken window.

Most passengers stayed in their seats, as did Martinez. He could see the damaged engine through his window. He thought about how his future had just been taken away, all the plans he had for his company.

He estimates the plane was descending for at least 10 or 12 minutes. At some point, he was able to get a mobile phone connection and he dialed his mother. She didn’t answer. He sent a text to friends and colleagues: “I want you to know that I love you all and thank you for all that you’ve done. I’m so sorry!! Planes going down. I love you guys!”

“I felt like I had minutes left,” Martinez said. “I was bracing for an explosion. And then I saw the runway.”

“It was only when we had hit the ground and you could tell the plane was slowing down — there just a sign of relief and cheers across the plane. Everyone was just so grateful to be alive.”