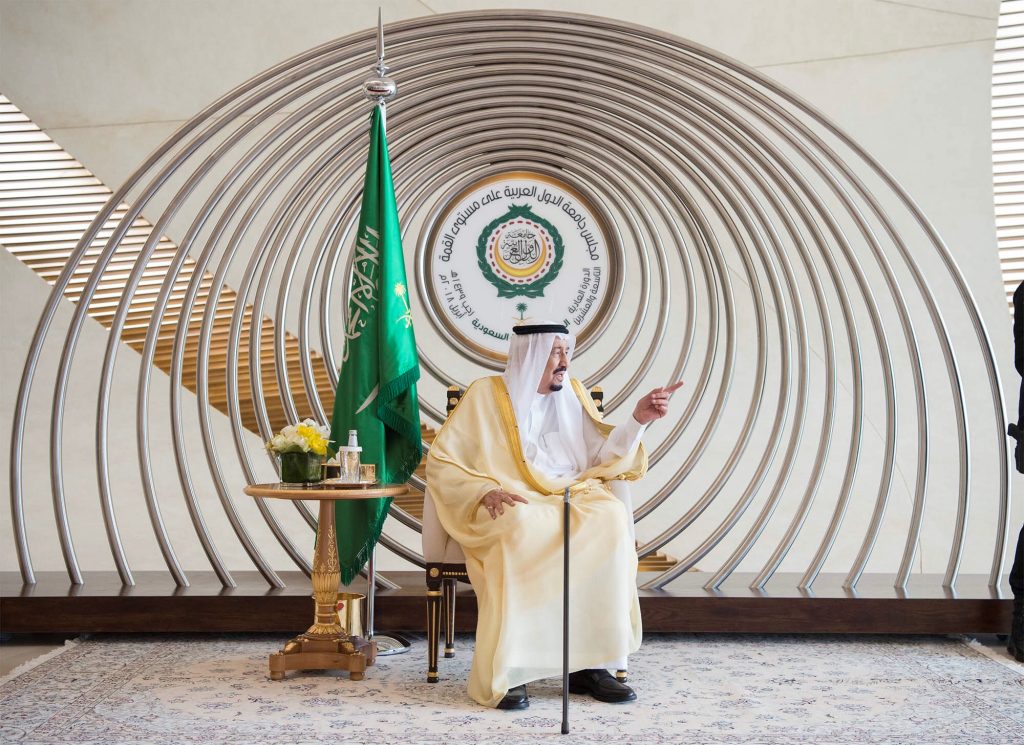 “We reiterate our rejection of the U.S. decision on Jerusalem,” the king said in a speech in Dhahran in eastern Saudi Arabia.

“East Jerusalem is an integral part of the Palestinian territories,” he asserted.

Salman also announced a $150 million donation for the upkeep of Islamic heritage sites in eastern Yerushalayim.

A ribbon-cutting ceremony for the embassy is scheduled for mid-May to coincide with Israel’s anniversary of its proclamation of independence on May 14, 1948.

However, Iran not Israel was the main topic of Salman’s remarks.

“We renew our strong condemnation of terrorist acts carried out by Iran in the Arab region, and we reject its blatant interference in the internal affairs of Arab countries,” he said, without giving specifics.

Reuters did not mention his comment on the embassy in its coverage of the king’s speech.