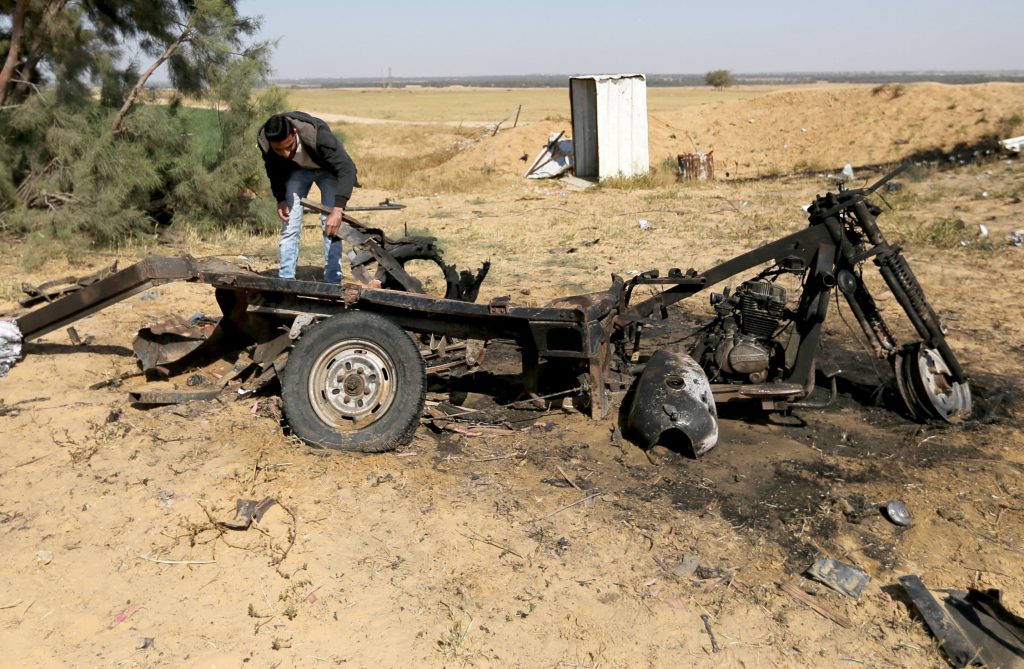 The Islamic Jihad terrorist group said four of its members were killed Saturday in a “work accident” in the southern Gaza Strip along the border with Israel.

The explosion struck a three-wheeled vehicle near one of the five protest camps Palestinians have set up along the volatile Gaza-Israel border in recent weeks.

Islamic Jihad said all four were killed “during preparations” without elaborating, implying they were preparing an attack against Israel. The Israeli military said it was unaware of any activity in the area of the blast.

It comes a day after another mass gathering along the border area in which thousands of Palestinians, some burning Israeli flags and torching tires, staged a protest against the ten-year-old blockade. Israel has accused Hamas and other terrorist groups of using the protests as a cover for attacks and says its snipers have only targeted “main instigators.”

One protester was killed Friday, bringing the death toll to 28 over the last two weeks, with more than 1,500 wounded by Israeli fire since March 30.

The marches have been organized by Gaza’s terrorist Hamas rulers, but large turnouts on two preceding Fridays were also driven by Gaza’s dire living conditions and desperation among the territory’s 2 million residents who have been enduring a crippling border closure by Israel and Egypt since 2007.

Hamas leaders have sent mixed signals about whether they plan an eventual mass breach of the border fence. The protests are to culminate in a large rally on May 15, the 70th anniversary of Israel’s creation. Palestinians mourn the event as their “nakba,” or catastrophe, when hundreds of thousands were uprooted or ran away in the 1948 war over Israel’s creation.