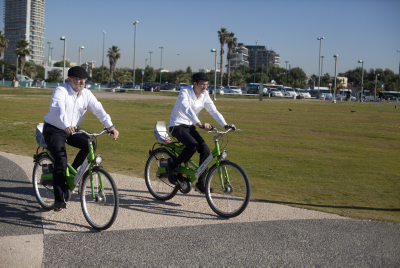 Introduced with great fanfare three years ago, the Tel-Ofen bike-sharing program in Tel Aviv suffered a dip in the number of riders in 2017 – leading to an operating loss for the year. An analysis by Globes of the annual report of the Friedenson Group, one of the partners in the project, showed a loss of 4 percent in income for the program in 2017 compared to a year earlier, and a 23-percent drop in the number of its members. Expenses, meanwhile, were up – with a 24-percent increase in staff, and the number of bike stations rising to 211 from 2016’s 206.

In its annual report, the company said that the losses in the program were due to both damage of bicycles in normal wear and tear and to vandalism. The lack of availability of bikes due to that damage also impacted on the number of people using the program, it added.