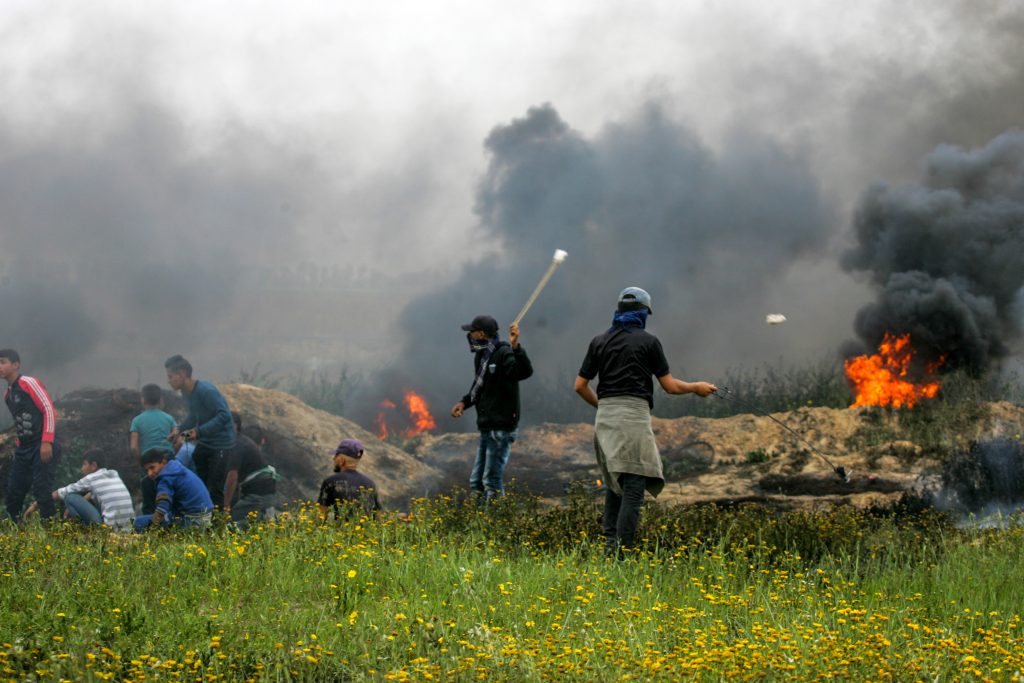 Both the IDF and Hamas are making active preparations for what many in the Israeli security establishment expect to be a “showdown” between Hamas and Israel – as the Gaza terror group prepares for its “million man march,” officially called the “March of Return.” On May 15th – Nakba Day, the day Israel was declared a state in 1948 – Hamas plans to dispatch as many people as possible to mass on the Gaza border fence, intending to break through and get to the Israeli side.

A report in Maariv said that preparations by Hamas for the event was visible from Israel. Last week, Hamas staged war games, in which its fighters took on jeeps and armored vehicles, similar to those deployed by the IDF, and the group has test-fired numerous rockets in the direction of the sea. Meanwhile, construction work is going on, apparently for thousands of tents that the terror group intends to erect for the use of its “invading army.” Israeli planes several times in recent days have bombed targets in Gaza in response to provocations by the group, and several of those targets are connected with the march.

The IDF, meanwhile, is preparing for worst-case scenarios, the report said. Hamas plans its first test march on Friday, Erev Pesach. Several divisions will remain on duty throughout the chag, ready for action in case action flares up, and sharpshooters are being deployed at the Gaza border, with the intention of shooting ringleaders of the marchers and thus keeping the rest of the mob at bay. Meanwhile, Gaza sources reported that Israeli planes have in recent days blanketed Gaza with leaflets warning residents to stay away from the border, for their own safety. With that, the report said, the IDF believes that the test march planned for Friday, as well as others that are planned, will not be mass events.

IDF Intelligence chief Herzl Levi said Sunday that the reason Hamas was preparing for this march was because “it is getting desperate over the serious civilian crisis in Gaza. As a result, Hamas is running into the arms of Iran. It is using the civilian population for political and military purposes, among them the upcoming march. Hamas must understand that these actions will just harm it. Israel will prevent any violations of its sovereignty with strong determination.”