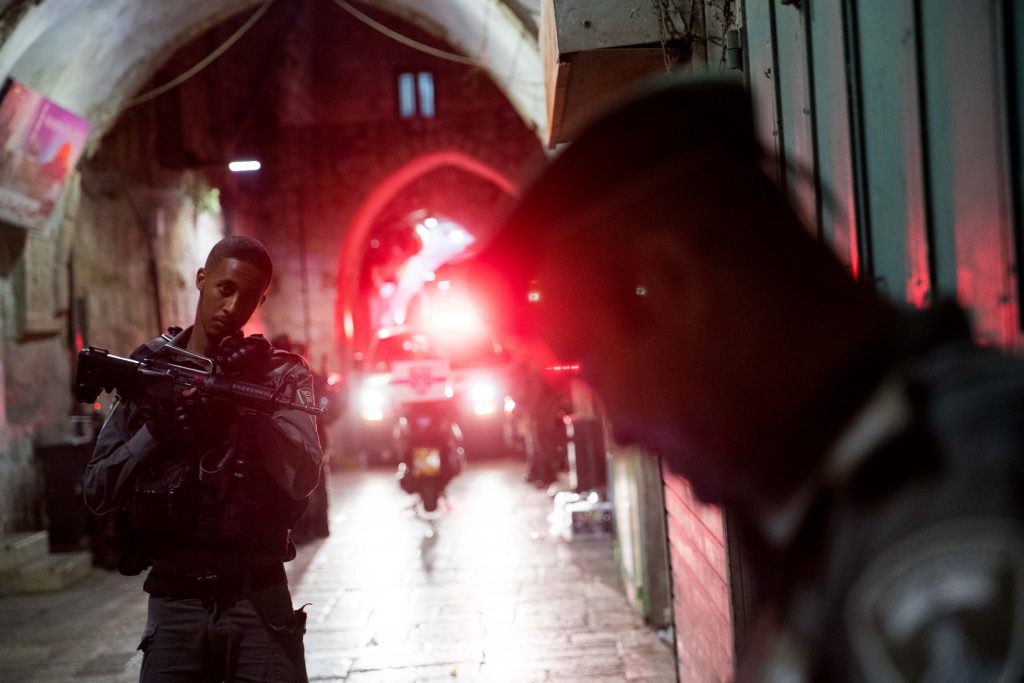 Police on Tuesday morning arrested eight Arabs in the Old City of Yerushalayim for failing to intervene to prevent the murder of Adiel Coleman, Hy”d, the security guard who was stabbed to death on Rechov Hagai in the Old City Sunday evening. The detainees are residents of the area, and were apparently watching as the 28-year-old stabber, Bad al-Rahman Bani Fadal, killed Coleman. The eight were questioned Tuesday morning, with several of them released after questioning.

Coleman, 32, was stabbed and badly injured in his upper body, and was taken to hospital in critical condition. He was niftar after several hours. Fadal was shot and killed by security forces. Fadal had a permit to enter Yerushalayim, security officials said. He was the father of three, with one of his children born just last week. Police said in a statement Tuesday that quick thinking and action by officers prevented an even worse attack, as they believe Fadal would have sought to stab more more people.