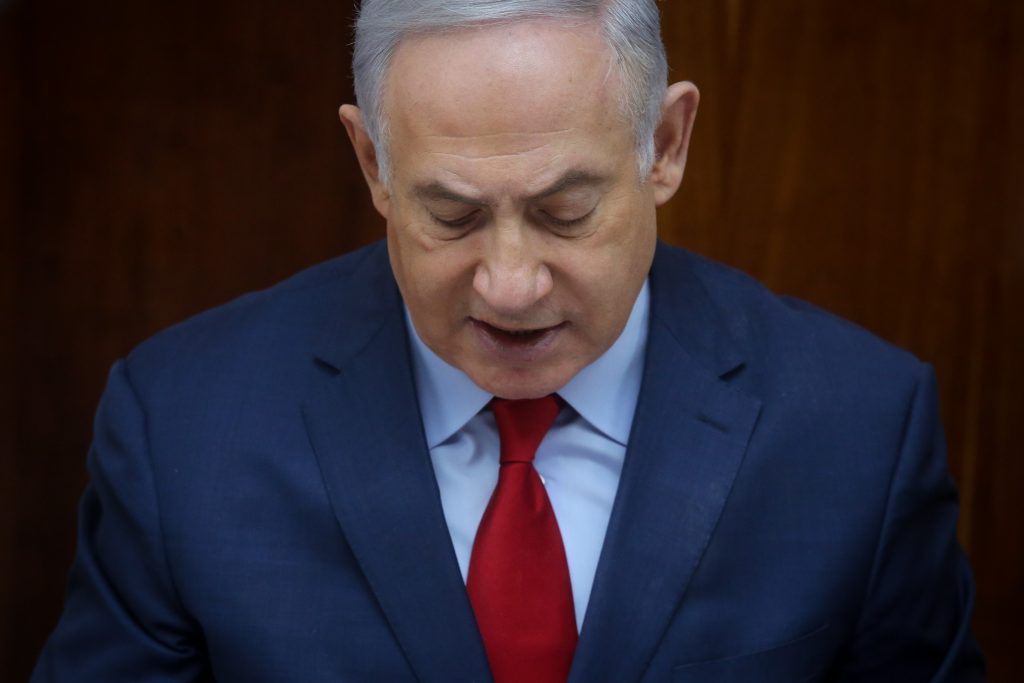 Israeli Prime Minister Binyamin Netanyahu cancelled appointments and conducted essential business at home for the fifth straight day on Sunday, due to illness.

Mr. Netanyahu’s personal physician Dr. Tzvi Berkowitz said he has strep throat and a fever, prescribed medication and bed rest, according to a statement from the prime minister’s office.

Because of his condition, another round of police questioning in the corruption probes against him was reportedly postponed from Monday to the end of the week.

The weekly cabinet meeting was not held on Sunday, but not due to the prime minister’s illness. It had already been scheduled to hold it on Tuesday afternoon in Dimona, where a special discussion is to take place on development plans for the Negev and Galil, The Jerusalem Post reported.