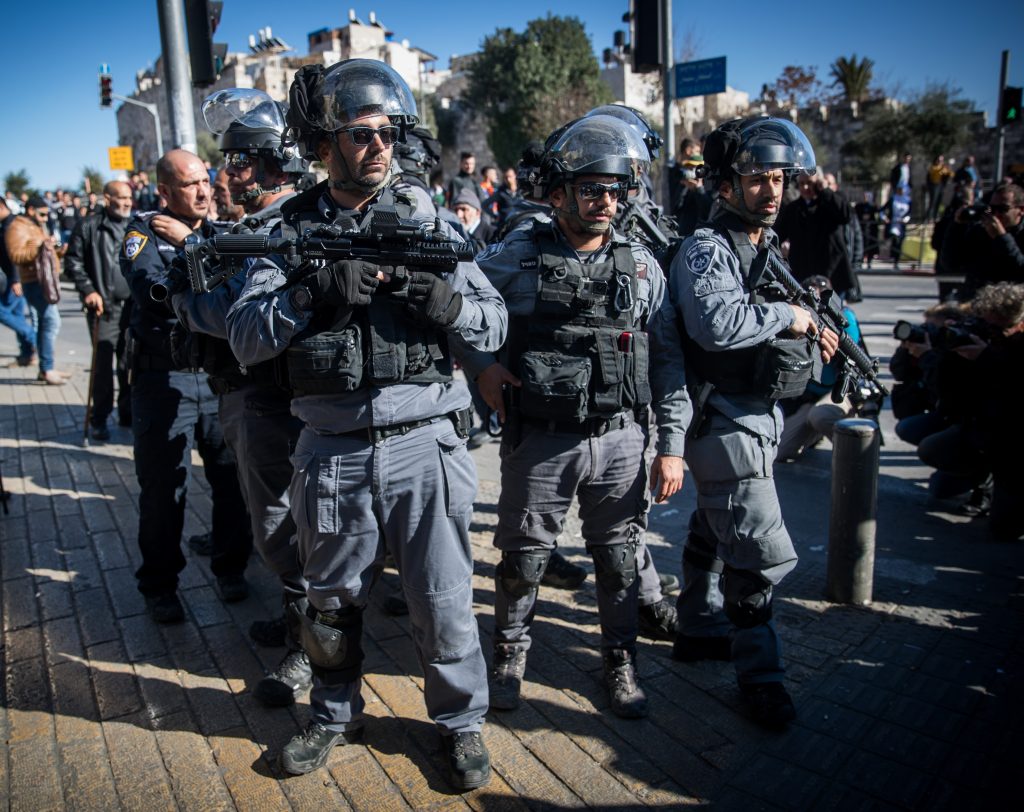 Palestinian anger over Israeli security measures in the Old City of Yerushalayim has flared up again after a security watchpost was installed at the entrance to Damascus Gate, The Times of Israel reported on Thursday.

The Palestinians are accusing Israel of “changing the Arab and Islamic character” of the city and said they will mount a series of protests to force the removal of the post. Local residents had apparently not been notified of the move and were shocked to encounter the watchpost in place on Thursday morning.

Yousef Natsheh, a senior official with the Islamic Waqf Department, denounced it as an “assault on Islamic heritage and an attempt to change our history.”

The development immediately recalled the violent confrontations last year over metal detectors that were installed by Israeli authorities at the entrances to Har HaBayis, and some Palestinians were already warning that the new watchposts could provoke a similar crisis.

The watchpost is a two-story, concrete structure at Damascus Gate, the main entrance to the Muslim Quarter, the first of three planned for the vicinity.