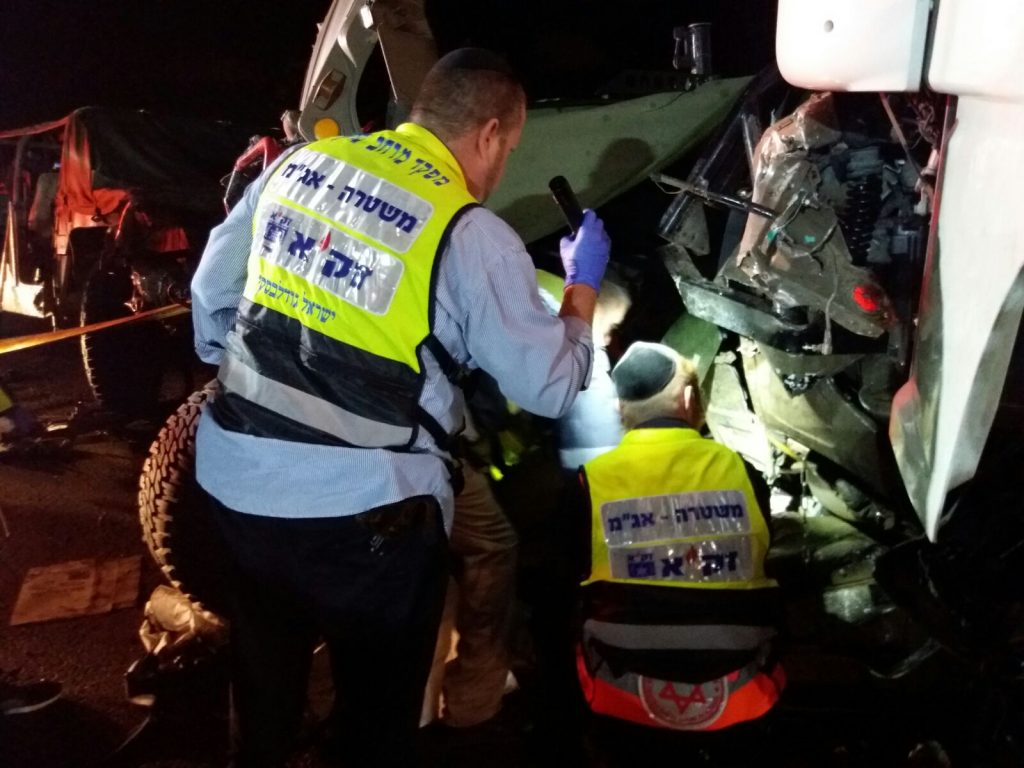 The victims of a major road crash Tuesday night were two IDF soldiers in the Golani brigade, it was revealed for publication Wednesday. The two were killed in a road accident on Road 6, with 10 soldiers injured. Levayos for the two are set to be held later Wednesday.

The victims were Ashto Tapso, z”l, 21, a resident of Ashdod, and Bar Yaakovian, z”l, 19, from Kibbutz Netiva Ha’asara. The IDF said in a statement that it sent condolences to the families of the soldiers. Of the 10 soldiers injured in the incident, one was hospitalized with serious injuries, and one with moderate injuries. The others were treated for light injuries and released from the hospital.

The incident occurred when a truck hit an army jeep that was part of a convoy traveling along Road 6, going from north to south. The convoy was traveling below the speed limit. An initial investigation indicated that the driver of the truck – an Arab from Yerushalayim – was driving too fast and lost control of his vehicle, hitting one of the jeeps. The Arab driver was treated at Laniado Hospital in Netanya and released – and was subsequently arrested. Police were questioning him on Wednesday for more details on the incident.