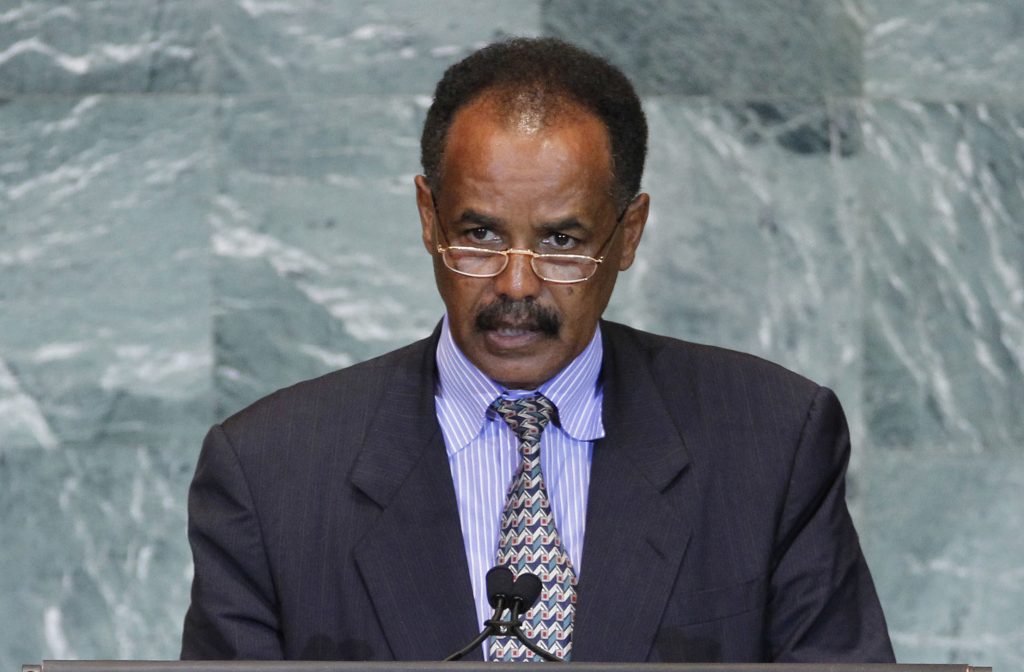 In a rare interview, Eritrea’s president has expressed his displeasure with Israel’s plan to deport tens of thousands of African migrants, saying they deserve far more than the $3,500 they were offered to leave.

President Isaias Afwerki’s interview on a government website Wednesday said the migrants from his country and Sudan paid a “high price” to human traffickers to reach Israel and deserve more like $50,000.

“They need fair compensation to start a new life in their home country,” Afwerki said in the interview with local media. He said all those who wish to return home “have every right to do so,” and that Eritrea has offered to register all of its roughly 20,000 migrants, but Israeli authorities had refused.

Many Eritreans leaving the east African nation claim they fled a restrictive regime under Afwerki, where men are often forced into a military service with slavery-like conditions. They say they cannot return.

In the interview, Afwerki claimed instead that the Eritrean migrants were enticed abroad to organize an armed opposition but that the “subversive schemes” failed and the migrants now have become a burden.

Israel’s deportation plan has sparked protests by liberal Israelis who say the country should never turn away those in need. They note that of 15,000 African refugee status requests, only 11 have been approved.

On April 1 Israel plans to start expelling the African migrants, some of whom have been in the country for years. About 60,000 migrants crossed Israel’s previously porous desert border with Egypt before a barrier was completed in 2012 along the 130-mile frontier.

Since then about 20,000 migrants have left either voluntarily, via a U.N. program, or with the encouragement of the Israeli government, which offers each about $3,500 and a plane ticket to leave. Others have been locked up in a detention center in the remote southern desert.

Israel’s Cabinet recently voted to begin shipping out the remaining 40,000 migrants, even against their will, to an unnamed third African country with which it has reached a secret agreement.

Israeli authorities said the migrants will be deported to Rwanda and Uganda, Afwerki said.

“We are told they will be deported to any country that can accept them,” he said. “These are human beings, not livestock. No country can claim legal responsibility to receive our citizens.”