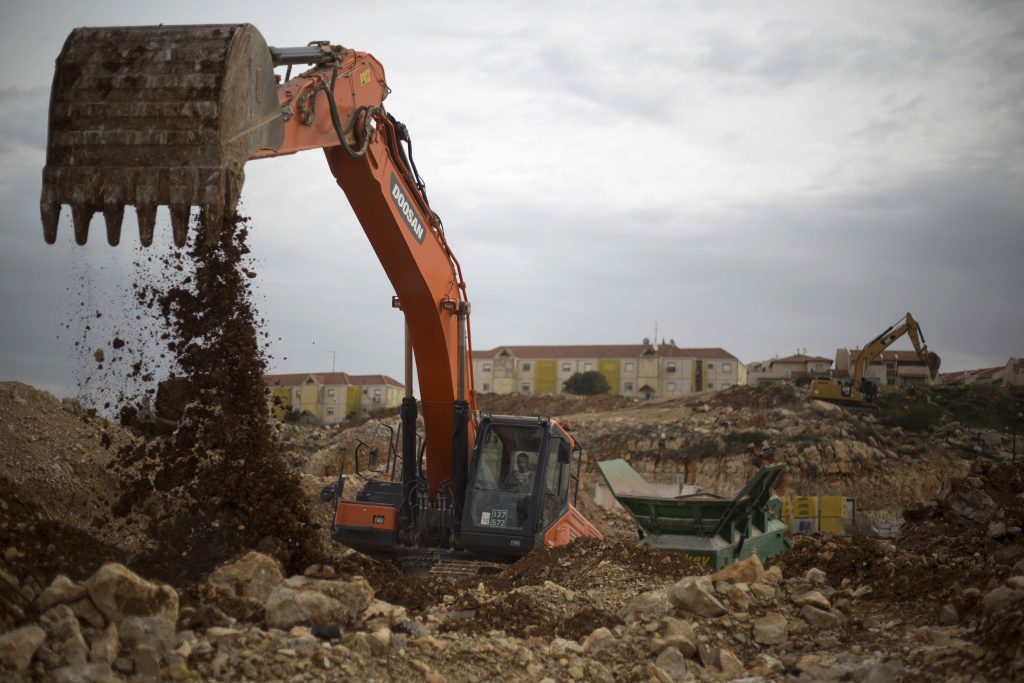 The Defense Ministry has given approval for the construction of some 1,126 homes in Yehudah and Shomron, which prompted an accusation from the Palestinians that the U.S. is encouraging Israel to “speed up” building in the region.

On Wednesday, the Ministry as expected gave the official go-ahead for the projects, including 352 that gained final approval for construction and 774 that were advanced through a planning stage known as a “deposit.”

PLO negotiator Saeb Erekat denounced the plan, saying that “President [Donald] Trump’s decision to recognize Jerusalem as Israel’s capital did not only disqualify the U.S. from playing any constructive role towards achieving peace, but it provided the extremist Israeli government with an opportunity and a green light to speed up their plans of the disposition of the Palestinian people.”

Asked about the plans, a U.S. State Department official said there has been no change in policy on settlements and the Israeli government had made clear that going forward “its intent is to adopt a policy regarding settlement activity that takes the president’s concerns into consideration,” Reuters reported.

The European Union condemned the decision. An EU spokesperson said the building plans “will further jeopardize the prospect of a contiguous and viable future Palestinian state.”

“The EU expects the Israeli authorities to reconsider and reverse these decisions,” he adds.

The Palestinian leadership is scheduled to gather on Sunday and Monday to work out a formal response to Trump’s Yerushalayim declaration.

Ahmad Majdalani, a member of the PLO’s Executive Committee and an advisor to Abbas, told the official Voice of Palestine radio on Thursday that they will consider a proposal to suspend recognition of Israel “on the grounds that recognition could be only done between states.”