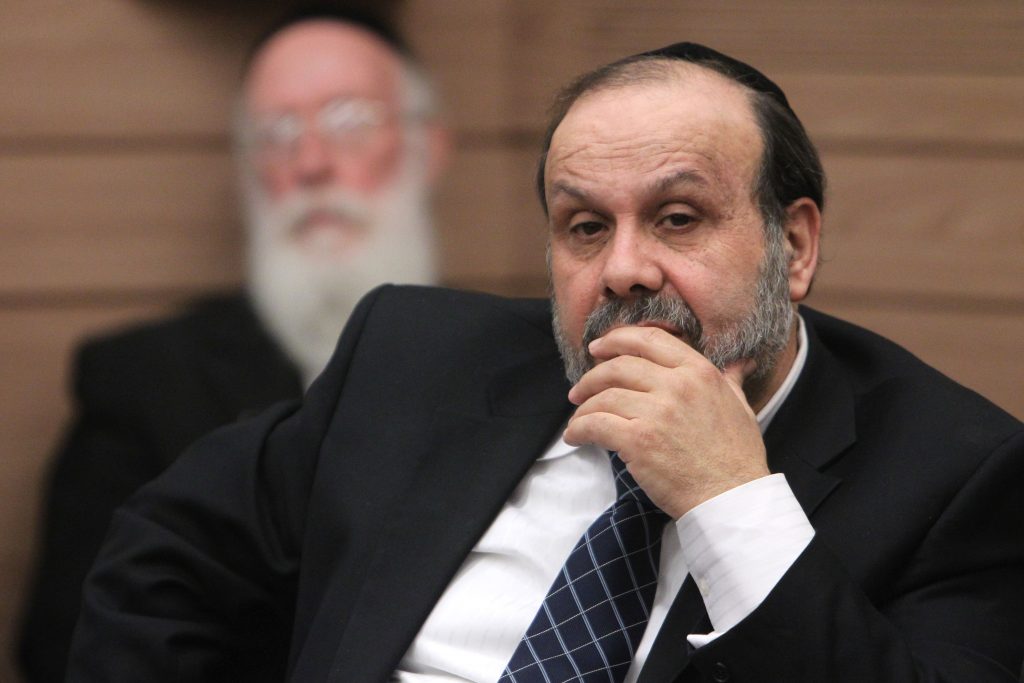 Minister for Religious Affairs David Azulai (Shas) has denied a flurry of media reports that he intends to relinquish his Knesset seat to someone else in order to help the coalition muster a majority to pass the bill regulating minimarkets on Shabbos, according to Arutz Sheva.

It was said that while the ailing Azoulay cannot go to the Knesset to participate in voting, his son Yinon Azoulay would take his place as a member of Knesset so that the coalition would not be deprived of his vote. The minister’s absence due to hospitalization this week was one of the reasons the chareidi parties asked to postpone the voting until next week.

But Azulai said on Thursday night that “there is no truth to the rumor of my pending resignation from the Knesset. I am in constant touch with Shas head Aryeh Deri, and we are fully coordinated.

“I intend to reach all of the votes next week in the Knesset. Journalists are expected to make minimal investigations before they publish information which is baseless.”

Meanwhile, municipalities have been using the interim to try to pass bylaws allowing minimarkets to open on Shabbos, hoping that the law giving the interior minister authority to override them will not take effect until after passage.

Givatayim passed a bylaw to permit businesses to open on Shabbos, the latest to join Tel Aviv this week.

However, Bat Yam fought off a Meretz proposal in the city council to do the same on Wednesday. Deputy mayor Rafael Baranes took it off the agenda, saying that “Bat Yam is not Tel Aviv or Givatayim. Here we will not discuss such stupid proposals,” Arutz Sheva quoted him as saying.