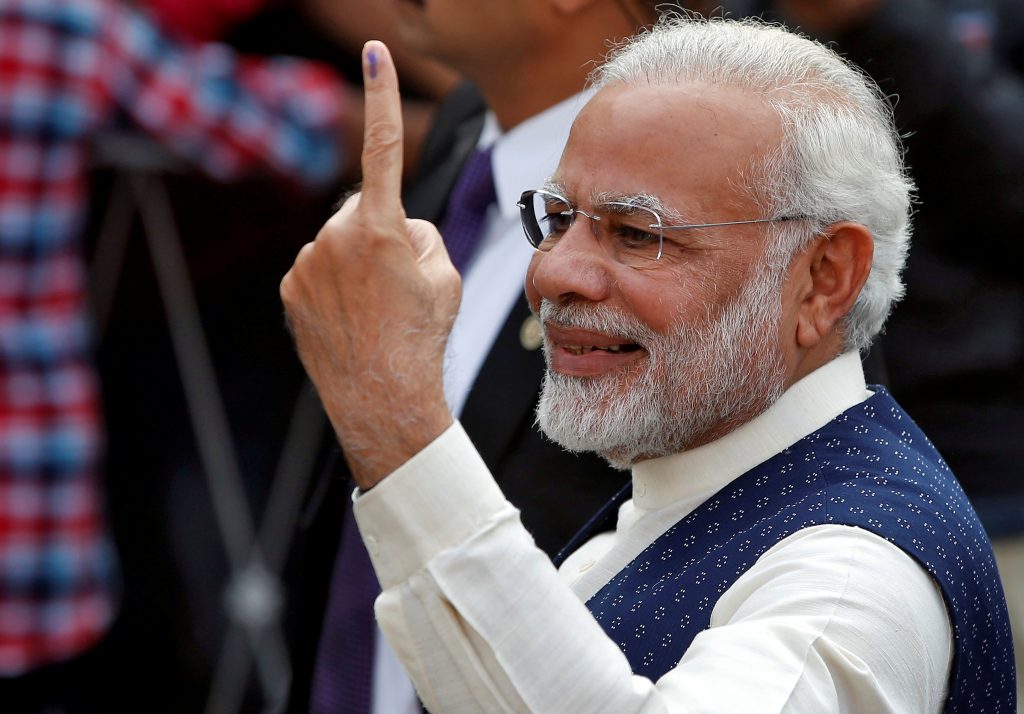 A dozen Arab ambassadors have asked India to clarify its position on the U.S recognition of Yerushalayim as Israel’s capital, diplomatic sources said, after New Delhi’s muted response suggested a shift in support for the Palestinian cause.

India did not take sides on the issue. Instead, the Indian foreign ministry in a brief statement said India’s position was consistent and independent of any third party.

The bland statement made no reference to Yerushalayim and prompted criticism at home that it was insufficient, vague and anti-Palestinian.

Last week, envoys from Arab states including Saudi Arabia, Egypt and Kuwait based in New Delhi met Indian junior foreign minister M.J. Akbar to brief the government about an Arab League meeting on Dec. 9 condemning the U.S. decision, a diplomatic and an Indian government source said.

But Akbar gave no assurance and the Indian source said the government had no plans for a further articulation on the matter, which is at the heart of the Israeli-Palestinian conflict.

“Akbar did not promise anything,” the diplomatic source briefed on the meeting said, speaking on the condition of anonymity because of diplomatic sensitivities.

India was one of the earliest and vocal champions of the Palestinian cause during the days it was leading the Non-Aligned Movement while it quietly pursued ties with Israel.

But under Prime Minister Narendra Modi, New Delhi has moved to a more open relationship with Israel, lifting the curtain on thriving military ties and also homeland security cooperation.

Modi’s Hindu nationalist ruling group views Israel and India as bound together in a common fight against Islamist aggression and long called for a public embrace of Israel.

Modi in July made a first trip to Israel by an Indian prime minister and did not go to Ramallah, the headquarters of the Palestinian Authority and a customary stop for leaders trying to maintain a balance in political ties.

“With the Palestinian president standing by his side, Prime Minister Modi reiterated India’s support for Palestinian statehood but carefully avoided any direct reference to East Jerusalem,” he said.

For decades, India’s support for a Palestinian state was accompanied by an explicit reference to East Yerushalayim being the Palestinian capital. But Delhi has moved to a more balanced position, refusing to take sides in an explosive dispute, he said.

During the meeting last week, the ambassadors of Saudi Arabia, Egypt, Somalia and the Palestinian Authority spoke, the diplomatic source said. Besides the dozen envoys there were chargés d’affaires from several other countries in the region.

“They were expecting more from India, perhaps to denounce Israel and the U.S.” said former Indian ambassador to Jordan Anil Trigunayat. “But would it really make a difference, adding one more voice?”
Caption
REUTERS/Amit Dave

India’s Prime Minister Narendra Modi shows his ink-marked finger after casting his vote outside a polling station during the last phase of the Gujarat state assembly election in Ahmedabad, India, December 14.