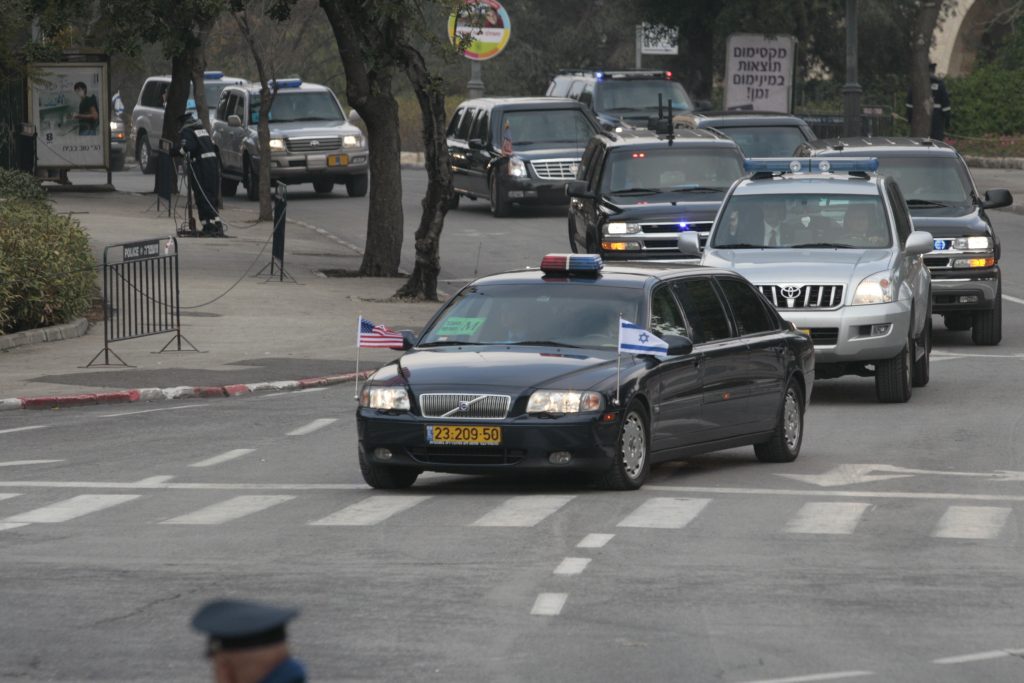 The State is purchasing eight new limousines for the use of top officials and visiting heads of state. A report on Channel Two said that the new limousines, made by Audi, will contain the latest security features. With those features, the cost per vehicle will be NIS 8 million.

Of the eight, one will be dedicated for use by the Prime Minister, and one for the President. The others will be used by the Foreign Ministry for the use of visiting dignitaries and heads of state. The new limousines will replace the ones currently in use – also Audi models – that have been in use for some five years, and have hundreds of thousands of kilometers on their odometers.

According to the report, the upkeep costs for these vehicles justify the purchase of new ones. The current vehicles will not be retired, but will remain on call – giving Israel a fleet of 16 “executive” vehicles for use of officials.

Among the safety features in the new vehicles are filtration systems against poison gas, an intelligent communications system that allows remote locking and unlocking of doors, remote ignition and turnoff of the vehicle, bulletproof windows and body, the ability to withstand explosions and protect occupants of the vehicle.

The report said that Shin Bet officials were in Germany overseeing the security improvements at the Audi factory there. In a statement, the Shin Bet said that it could not comment on “security systems for the people it is in charge of protecting.”