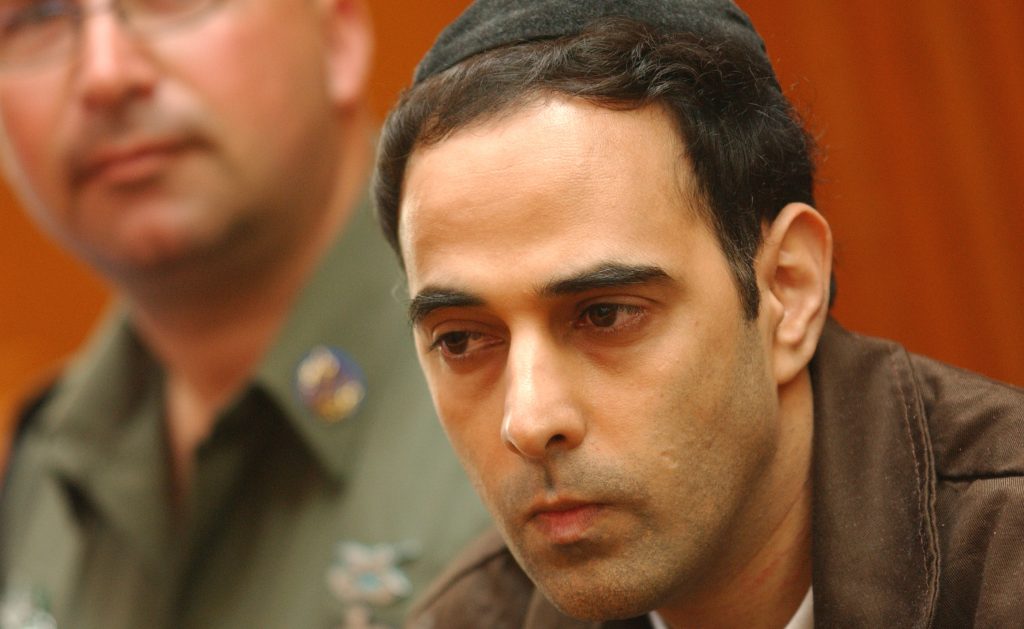 Twenty two years after the event, Yigal Amir, the murderer of former Prime Minister Yitzchak Rabin, plans to ask for a retrial. According to Amir’s wife Larissa Amir-Trimbobler, “a team is in place to organize a defense and make a request for a new trial,” she wrote in a social media post, adding that Amir had agreed to the process.

Amir, 47, is serving a life sentence for killing Rabin in 1995, and at times has declared that he was a “patsy,” indicating that forces other than himself were involved in the murder of the former Prime Minister. Amir-Trimbobler has been arguing for years that her husband acted out of patriotic duty. “He was not a Shin Bet agent, as some conspiracy theorists believe, and anyone who says that should be prepared to prove it,” she wrote in a recent social media post. “My husband was trying to prevent a tragedy. He saw this action as a way to save people, the future ‘victims of peace.’” Rabin, she wrote, “was driving a policy that at least half the country believed would lead to tragedy.”

It is not clear if the new trial will be based on this line of defense. Gaby Shachar, Amir’s court-appointed attorney, confirmed the retrial request in a social media post of his own. Amir-Trimbobler wrote in her post that the family was hiring “a publicity firm in Switzerland to handle statements, and no details will be provided to the Israeli media.”

Commenting on the move, Education Minister Naftali Bennett said that “the murderer of a prime minister must finish his life in prison. On this there is no difference between right and left. Any murder is terrible, but the murder of a prime minister can destroy a nation.” Speaking to Maariv, MK Itzik Shmuely (Zionist Camp) said that Amir was “a pathetic killer who must die in prison. He not only shot the prime minister in the back – he shot the whole country in the back. He should be rotting in prison, and his name should not be mentioned in public anymore.”